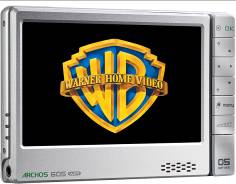 Archos has announced a special edition of its 605 WiFi PMP, preloaded with the first four Harry Potter movies. It’s due on sale in January from selected Blockbuster shops here in the UK, costing £189.99.

If you need a reminder, the 605 WiFi has a 4.3-inch touchscreen offering 800×480 resolution, as well as 20GB of storage, Wi-Fi web browsing and an optional DVR accessory to record TV shows directly onto the device.

Archos says the fifth Potter film will be downloadable from the Archos Content Portal when its DVD edition comes out (they don’t mention if that means ‘free to 605 owners’, or ‘as a paid download’ though). Anyway, Potter fans will love it. I’m holding out for a Police Academy edition.