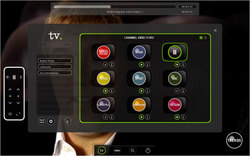 Valerio Zingarelli, CEO of Babelgum, the prolific IPTV service, believes that next year will see the rise of Web TV.

According to recent research from Nielsen, nearly 21 million Brits visited a TV, video, or movie-related website in September this year, up 28% on the previous year. Additionally, Internet TV services are currently available to the 12 million UK households with a broadband connection.

Zingarelli believes that many more companies will enter the Web TV space in 2008, lured by a potentially vast audience both in the UK and worldwide. This “intense competition” will “lead to greater innovation and a substantial increase in service quality for viewers”.

He continued, “Whilst traditional television platforms such as cable and broadcast TV still serve a large audience, those viewers unwilling to wear the straight-jacket linear TV offerings put them in are seeking new ways of accessing content tailored to their specific taste, whether it be sport, news or entertainment. Internet TV like Babelgum allows viewers to satisfy this need for tailored entertainment, free from the constraints of linear broadcasting. Viewers are able to interact with the content and choose how, when and where they watch it.

“Broadcasters worried about Web television should realise Internet TV is not trying to replace traditional TV, but is merely giving increasingly savvy viewers greater control and choice. It is this greater control, and choice, which will see Internet TV take its place as a conventional platform alongside broadcast TV in 2008 and beyond.”