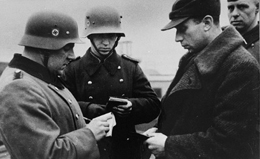 Some TOP SECRET news has been leaked from Germany today, involving Skype, criminals, and the German police. Sounds intriguing? You bet your bottom dollar it is.

Currently, German police are not able to distinguish where calls are being made on Skype, due to the encryption used in the software. It appears criminals and terrorists are using the free VoIP service frequently over there in Deutschland, but police aren’t able to catch them due to the top-notch security features enabled in the technology.

“The encryption with Skype telephone software … creates grave difficulties for us… We can’t decipher it. That’s why we’re talking about source telecommunication surveillance — that is, getting to the source before encryption or after it’s been decrypted,” said a German officer, Joerg Ziercke about the matter.

Instead of bothering the eBay-owned Skype with their troubles, Ziercke has claimed he’d like German law enforcement to be enabled to search computer hard drives using Trojan Horse spyware, but due to the country’s history with the Nazis and Gestapo secret police, civilians are understandably against such an act being processed.

But in the ever-quickening pace of the internet, and online scams, it might be a case of Germany accepting its history, and catching up with the rest of the world in terms of monitoring suspected criminals’ computer use, if only to avoid another catastrophe like WWII happening again.