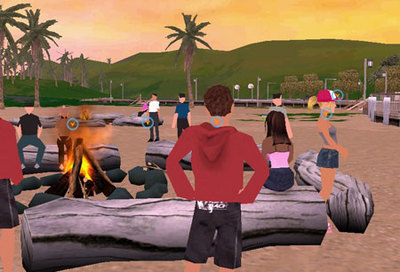 You’d be forgiven for thinking Second Life is the only virtual world in town, from the acres of press hype in the last year. And there’s no doubt that Linden Lab’s world has deserved many of the plaudits (and fat marketing expenditure) coming its way, having been arguably the first non-gaming virtual world to excite mainstream attention.

But it’s not alone. Industry body Virtual Worlds Management recently estimated that 35 virtual worlds companies had trousered over a billion dollars of investment in the last year (although that research has since been questioned, with some of those companies not actually being involved in virtual worlds, and $700 million of the figure coming from one acquisition).

Still, the research showed that there’s a helluva lot of money being sunk into finding credible rivals for Second Life. I’ve picked out ten of the most interesting ones, to give some idea of the breadth of this emerging industry.

1. MTV’s Virtual Worlds (top pic). Broadcasters and media companies are intensely interested in virtual worlds, as the raft of deals to set up shop within Second Life shows. However, MTV has chosen to go it alone with its own world, which includes zones for shows like The Hills, Pimp My Ride, and (ironically enough) The Real World. Check it out

2. vSide. This virtual world was launched earlier this year, and is aimed squarely at music fans, with over 50 in-world radio stations, 600,000 streaming songs, and bands playing virtual gigs in various venues. As a user, you have to earn ‘respekt’ points by signing mates up and popping flash moves on the dancefloor. A bit like real life, in other words. Check it out 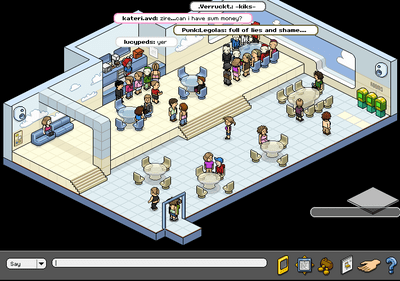 3. Habbo Hotel (above). The first time I heard about Habbo Hotel, it was an ubercool isometric chatworld for trendy web designers. Fast forward a few years, and it’s now hugely popular among younger users, who love the customisation options (i.e. choosing furniture). Recent innovative features have focused around music and gaming, while Habbo is also going mobile in the near future, in partnership with Nokia. Check it out

4. Whyville. Another big area of growth and interest for virtual worlds is those aimed at children, which invariably have a focus on safety and security, while squeezing in enough innovative features to keep this notoriously fickle demographic interested. Whyville lacks the 3D bells and whistles of some other worlds here, but has a strong history and educational focus, as well as partnerships with governments and charities. Check it out

5. Entropia Universe. This straddles the boundaries between virtual worlds and MMORPGS, and is one of the most well-established and groundbreaking examples, particularly for its work on using micropayments to fund… well, pretty much everything you do in the world. It’s also created headlines with some expensive purchases of virtual properties with real-world dollars, while earlier this year, Entropia introduced virtual banks. Check it out 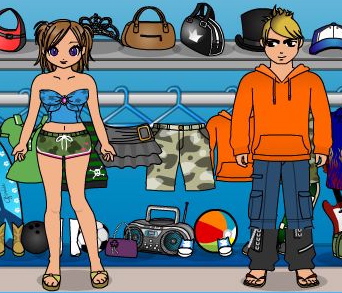 6. Zwinktopia (above). This is another fresh newcomer to the world of, er, virtual worlds, having launched earlier this year. It takes a more 2D cartoony take on avatars, but with a big focus on customising your character with new clothes and accessories – earlier this year, 50 Cent set up his own boutique within the world to flog merchandise. Teenagers are particularly keen on Zwinktopia – it’s almost the Bebo to Second Life’s MySpace. Check it out

7. Club Penguin. Remember that huge acquisition I mentioned in the intro to this post? Well, that was Club Penguin. Aimed at children aged 6-14, it sees people waddling around as, yes, penguin avatars (which, if you think about it, is pretty safe – no giving away details of your real-world physical appearance). Anyway, Disney snapped it up for $350 million in August this year, with a further $350 million promised if it hits all its profit targets. The House Of Mouse is clearly expecting big things from the world in the near future. Check it out

8. Weblo. Intriguing spin on the virtual world phenomenon – this is as much about property speculation, seeing as it focuses on buying up locations and even celebrities for your portfolio. What do you do with them? Well, er, I’m not entirely sure. But for virtual capitalists, it’s great fun. Check it out

9. PlayStation Home (above). I’ve written oodles about this in the last year, so won’t repeat too much. Suffice to say, this is Sony’s attempt to bring virtual worlds onto console, with an online environment for PS3 where everyone gets their own apartment. It’s in beta trials still, with the commercial launch delayed until next year, so fingers crossed it doesn’t get mothballed – the integration between Home and PS3 games in particular will be intriguing to see.

10. There.com. Another virtual world with a lengthy (by internetweb standards) history, although it’s had some ups and downs through the years. There.com is perhaps the most similar to Second Life of all these worlds, albeit without the column inches of Linden Lab’s creation. It’s diversified into music recently, signing up deals with bands like the Beastie Boys and Korn to run events within the world. Check it out