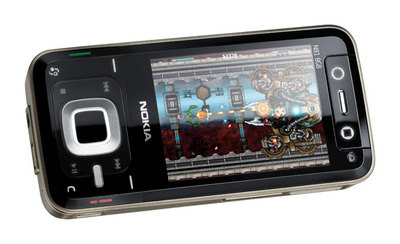 Yesterday, I reported on Nokia’s announcement that its new N81 handsets were shipping, including the whizzy N81 8GB model. The press release gave the estimated retail price as 430 Euros (around £300).

However, Nokia’s been in touch to confirm the actual UK SIM-free price of the N81 8GB, and it’s going to set us back £394 including VAT. Ouch! I’m not sure where that extra £94 has come from, but it’s probably the government’s fault *shakes fist at taxation injustice*.

Meanwhile, the basic N81 model will retail here for £324 inc. VAT, compared to its European price of 360 Euros (around £250). On the bright side, Nokia has also confirmed that Vodafone and O2 will definitely be selling the N81 here in the UK, although it remains to be seen whether 3, T-Mobile and Orange will follow suit.