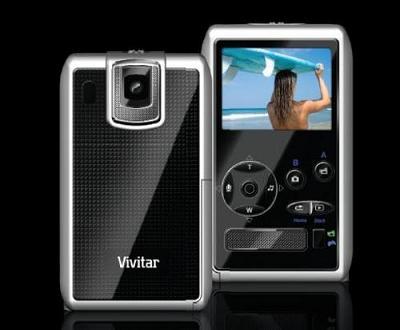 We’ve come a long way since the days of digital audio jukeboxes. Nowadays, the term personal media players (or PMPs) seems to be the accepted shorthand for devices that can play music and video, display photos, and act as portable hard drives.

Except they can do a helluva lot more than that. The not-so-humble PMP is fast evolving into a true convergence device, stealing features from cameras, GPS satnav devices, gaming handhelds and personal TVs.

Unfortunately, most of these cool functions are appearing in PMPs in China and South Korea at the moment. Read on for details of just ten models that’ll have you dribbling while eyeing your iPod Video with barely-disguised contempt…

1. Vivitar [name tbc]. This Chinese PMP might not have a name yet, but it does have a 5.2-megapixel camera and DVR features, allowing you to record TV shows onto the device. The screen is a bit square for my liking, but that camera means it should be an intriguing alternative to a full-blown digital camera. More info

2. iRiver NV. We wrote about this earlier today: it’s a PMP with built-in GPS, including a fold-out SiRF Star III receiver and 3D mapping. Meanwhile, the seven-inch touchscreen looks easy to use and lush to watch, which is handy considering it can also handle video playback of all major formats. More info

3. Neonumeric NPMP F1. Another PMP with a built-in camera, although in this case it’s a more standard two-megapixel one. Connect it up to a PC or laptop, and you can even use it as a webcam. It’s got a 2.4-inch display, plays all manner of music and video formats, and has an FM tuner to boot. More info 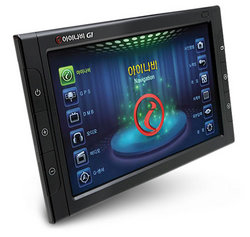 4. iNavi G1. More Korean convergance. The G1 works as a GPS satnav device with 3D mapping, but it’s also got a DMB receiver for digital TV (including picture-in-picture capability to, er, watch while you’re navigating/driving), a photo album, games, and weirdest of all, a karaoke function. Actually, I do like singing on the open road… More info

5. Shenzhen Ovito KD-M518. It might not have a catchy name, but the KD-M518 is a proper do-everything device. It does all the usual video and music stuff, as well as a DVR video-recording function to get stuff onto its flash memory. However, it’s also an e-book reader, ensuring it’s fit for the oft-predicted time when we all dump paperbacks in favour of electronic type. Probably. More info

6. iRiver W10. iRiver is one of the prime movers in the jack-of-all-PMPs market, and its W10 has got geeks in a froth thanks to its built-in Wi-Fi and Voice-over-IP feature. VoIP on a PMP makes sense, albeit only when you’re connected to a hotspot. The device also supports a location-based Wi-Fi technology called WPS, which tracks the W10’s location via Wi-Fi rather than GPS. More info 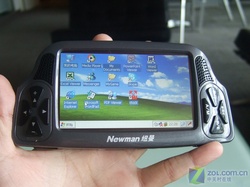 7. Newman Mini All VX1000. It looks quirky, but the Mini All is one of the more powerful devices in this roundup. It can handle whatever audio and video formats you throw at it, plus read your Word and PowerPoint docs. But it’s also an FM radio, plays 3D and Flash games, and has a preloaded NES emulator. It’s the last bit that swung it for me. More info

8. Atree UM10. Does anyone really buy e-dictionaries? It seems they do in Asia, but manufacturers are seeking to diversify into the PMP sector, without forgetting their heritage in, well, spelling. The UM10 has a three-inch display, does music/video/radio/photos, has a built-in DMB digital TV receiver, and that all-important e-dictionary – which in this case, means an English-Korean dictionary. More info

9. Portable Media Player. I’m not sure who makes this, and it looks like a knock-off PSP. But check what it’s got: a 1.3 megapixel camera, e-book reader, voice recorder and the usual audio/video functions. Oh, and here’s the special bit: emulation software for retro consoles including the NES, SNES and and the Sega MegaDrive. Rawk. More info 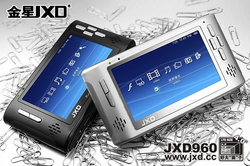 10. Venus JXD960. Cor, look at the slinkiness of this PMP! But it’s not just about looks. The JXD960 has a two-megapixel camera, can display e-books without a hitch, and will also play Flash videos (cough YouTube) on its four-inch screen. More info