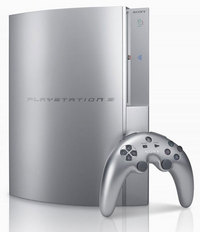 Still trying to justify the cost of a PlayStation 3 to your partner? Well, here’s some much-needed ammunition – it could be a digital TV recorder in early 2008.

That’s according to the wonderfully-named Warwick Light, sales and marketing manager for Computer Entertainment New Zealand, who revealed the details to local website The Press: “We’re also hoping next year – about the same time that Freeview launches its terrestrial broadcasting service – to release a digital tuner for the PS3, turning it into a programmable TV recorder.”

Freeview services are expected to launch in New Zealand next March, so that could be your date. We should have more concrete details from Sony itself at this year’s Leipzig Games convention.