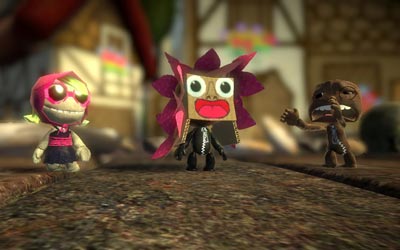 Sony’s PlayStation 3 could do with a few killer apps, and LittleBigPlanet has a strong case for being one of them. It’s one of the first console games to put user-generated content at the heart of its gameplay, with you playing a bunch of slap-happy ragdoll-like characters with the ability to create their own scenery.

It’s hard to explain, so just read this lengthy preview of the game, for which co-operative online play will be the big selling point. However, despite the huge effort that’s clearly going into making teamwork play an absorbing experience, it sounds like many players will just end up leaping about slapping one another silly.

Which is always nice. Anyway, Sony is apparently ready to kick off a beta test of LittleBigPlanet in advance of its full release – although I’m still hoping to sag onto the beta of the Home virtual world, to be honest.