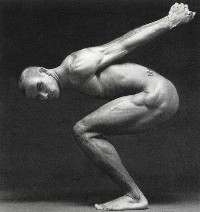 Beleaguered England coach Steve McLaren has hinted that David Beckham may be coming back to the squad.

McLaren’s quoted as saying he’s been “keeping an eye” on Beckham’s “form” (and with pictures like that, who hasn’t?!). So how can our Dave ensure he’s in McLaren’s eyeline? By working the spotlight with an array of handy gadgets, of course.

Want to keep a closer eye on Beckham yourself? Then enter Lost Weekend’s amazing Beckham competition.

No-one can accuse the Beckhams of neglecting their looks. So a quick once-over with a Philips Bodygroom wouldn’t go amiss when there isn’t time to go for a quick waxing session. Perhaps Victoria can help her hubby with some of the, ah, trickier areas. 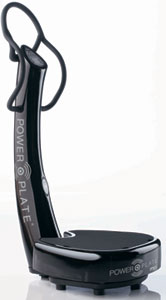 When he’s not in team-training sessions, David can keep at the peak of his physical fitness by trying out the latest fitness craze, vibrating platform exercise machines. He can even do it at home with thePower-Plate My5. Hop on the platform, download exercise tips to your iPod and wobble away. Or, in buff Beckham’s case, watch those muscles strain…

Now, the Beckhams have definitely proved they have no problem expanding their clan on uniquely-monikered kids. But just in case, with the growing concerns about WiFi, Beckham will want to help keep his ‘Goldenballs’ status by investing in some underwear of his own (instead of having to borrow the wife’s all the time). Isabody Underwear claims to safety proof sperm with superconductive silver thread. 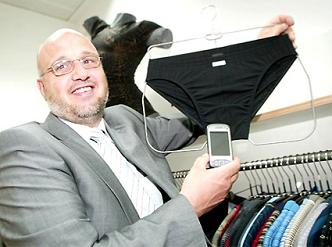 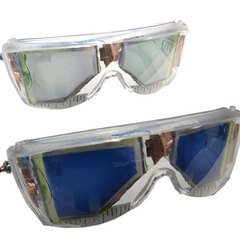 Provided that Police don’t get their lawyers on the case, David might want to think about changing his trademarks sunnies for a more techie look. Ordinary photochromic lenses might gently drift from light to shade, but a busy man needs to have his sunglasses to change lens colour on demand. After all, if he supports the technology it could lead to some really unique windscreens for his fleet of cars in the future.

Finally, everyone knows that rest is as important as exercise to keep at your physical peak. And what with three young kids and LA house-hunting taking its exhaustive toll on the celebrity supercouple, David and Victoria need a haven to crash out in at night. Enter the Lomme Sleeping Pods and their soothing sound and light therapy. 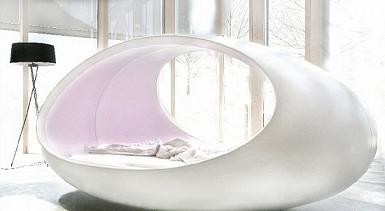 Hoping for some football gadgets? Why not check out our Cup Final roundup…[Via Shiny Shiny]