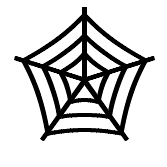 A new study from the Get Safe Online (GSO) campaign revealed that nearly one in eight UK web users were a victim of online fraud last year, and that the average personal loss totalled £875, not to mention the stress of sorting the mess out.

The GSO campaign found that these numbers were generally as a result of poor awareness of how to use the Net safely.

“Although the internet offers great opportunities for people to carry out their business when and how they like, people must also take care if we are to stop criminals abusing greater popular use of the net,” commented Pat McFadden, Minister for Transformational Government.

A rather worrying statistic showed that under half of those people questioned thought that online safety was their own responsibility. 13% believed their Internet Service Provider was responsible, with 16% presuming their bank was responsible.

78% of respondents thought that online safety should be taught in schools.