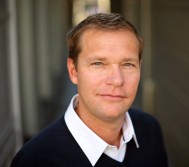 Piczo might not be the biggest social network in the world, but it’s growing fast (4.5 million unique monthly users in the UK) and has had some people suggesting it’s the latest destination for the cooler teenagers who previously hung out on MySpace and Bebo.

UK MD Chris Seth says the site’s success has come from giving its members more creative freedom to build their own mini-sites, as well as an invitation-only culture that shuns the friend-collecting aspects of MySpace in favour of deeper interaction.

He also hints that Piczo may be making some announcements soon on its mobile strategy, saying “it’s a big opportunity to give our members the opportunity to communicate off the screen”. For the full story, read Techscape’s interview with Chris.