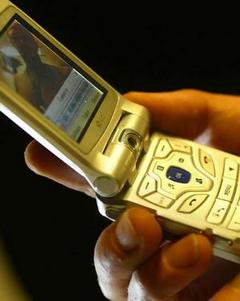 Apparently not grasping the English concept of irony, on the 16th anniversary of the Rodney King beatings (and filmings), the French government announced that video recording of violence is now illegal unless you are a professional journalist. The government says it’s aimed at preventing “happy slapping”, where someone hilariously films a savage beating, but the law is quite broad, perhaps designed so in conjunction with another French idea – of licensing websites, blog hosters, mobile-phone operators and internet service providers. [GT]