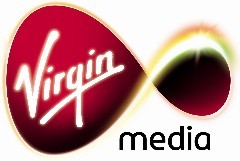 Virgin Media has said that it will give its subscribers up to £9.75 in monthly discounts to compensate for the loss of Sky’s channels from its basic packages, after talks between the two media giants broke down today.

Virgin Media have confirmed that Sky will be withdrawing Sky One, Sky Two, Sky Three, Sky News, and Sky Sports News, from its basic packages over the next few days.

VM accuses Sky of deliberately engineering the withdrawal of those channels to force customers to switch to its own services.

Sky Movies and Sky Sports are covered under separate deals. The discounts will last for six months, with Virgin Media executives hoping that the withdrawal will be resolved shortly.

In related, but petty, news, Virgin Media have issued a cease and desist order against Sky who keep calling them ‘NTL-Virgin Media’.

Aww, was Sky nasty to Virgin in the playground, then?

Yet more consumer-hurting dances in the fun world of Sky-dominated digital TV.