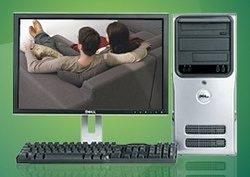 Thumbs up to Dell for the launch of its IdeaStorm website, which asks customers what new products and/or services they’d like Dell to launch, then gets them to vote on the best ones.

So what are they asking for? At the time of writing, here’s the ten that have bubbled to the top (I’ve merged a couple of duplications, mind).

1. No Extra Software Option. When ordering a PC or laptop, there should be an option to get it with none of the assorted rubbishware, leaving users to decide what they want to install. Nice.

2. Pre-installed Linux. Someone wants Dell to offer the top three free Linux versions for pre-installation on Dell PCs. While popular, this is something few mass-market PC users would care about – but as the submitter points out, they might try applications like OpenOffice if Linux came on their new computer.

3. More RAM for new PCs. Dell should make 1GB of RAM the entry level in all its machines, not least because Microsoft Vista needs it to run best. Plus imagine how many leagues you’d be able to run in Football Manager 2007…

4. Laptop Webcam. Simple this: put a webcam and “quality voice recorder” in all new Dell laptops. I’d quite fancy a Skype headset myself, but I guess that should be an option rather than a standard.

5. Ditch Overseas Call Centres. People are complaining about Indian call centres – which in this field seems a bit counterproductive. Who would you rather have helping you with a PC problem: an Indian graduate or a surly British teenager? Not that the choice is this clean-cut, of course. One of the submitters has amended their idea to say: “What we really want is someone in customer support that will listen to us, and hopefully help us. Culture and language just make this harder.” Hmm.

6. Change The Dell Sales Pages. Rather than walk through Dell’s products model by model, one submitter would like to see users guided through the choices according to their needs, for example starting with how big they’d like their PC to be, what they plan to do with it and so on. Hear hear!

7. Let Customers Design Laptops. Would Dell really sponsor a contest to let customers design their own laptops? In our celeb-obsessed culture, I can’t help fearing they’d be more likely to ask Joss Stone or That Bloke Who Lives With Jade Goody.

8. License OS X From Apple. Would you buy a Dell Mac? The submitter thinks it wouldn’t compete with existing Macs, but hit new markets instead. “Does anyone really think Dell is capable of making something as sexy as a MacBook or as iconic as the iMac?”

9. Put Michael Dell in the Dell TV ads. Dancing against a white background as a silhouette to funky tunes. Oh…