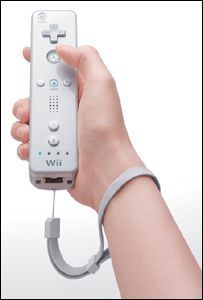 Sony America tried to insult the Nintendo Wii’s runaway success by calling it an ‘impluse buy’. Sony spokesperson Dave Karraker said that the PS3 was far more powerful and should be considered as being in a different category from the Wii.

“Wii could be considered an impulse buy more than anything else,” he said, claiming that demand for the Wii is fuelled by Nintendo shipping less stock. That claim is refuted by Nintendo who say that they are shipping at least as many consoles as Sony in the US.

I’m sure Nintendo aren’t too worried whether consumers are buying their consoles on impulse or not. I would have thought that’d be any company’s dream!

When it comes to wars of words, this hardly registers on the meter. In Europe, Wii definitely has the edge. The PS3 should be regarded in a ‘different category’? Of course it should: The ‘unavailable’ category.

Get your daily fix of Wii news at or Wii Wii site.