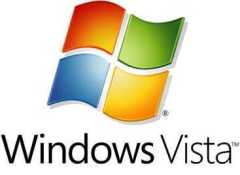 Yesterday we reported that WildTangent claimed that Vista stopped some games from working. Of course, Microsoft has issued a counter-claim, which it seems only fair to air here.

They say that WildTangent’s claims have been ‘grossly overstated’ and that only a fraction of casual games are encountering temporary upgrade issues: “a situation we have largely corrected and are committed to fixing within days”

“For context, of the more than 100 web-based games currently available on MSN Games, only five do not run on Windows Vista as of January 30 and nearly 100% will be fully compatible by week’s end with an update to the Windows Vista installer,” the statement to Betanews continued.

The statement also made it clear that parental controls are turned off by default, and that parents would have to choose to turn the system on. However, that doesn’t appear to address the issue of safe, but non-ESRB rated, games being blocked. What if a parent wants to turn the filtering on but doesn’t want to block family-friendly games?

I’m sure this is just the start of claims of software and hardware incompatibility with Vista, with responses from Microsoft. As a major OS change, five years in the making, it’s inevitable.