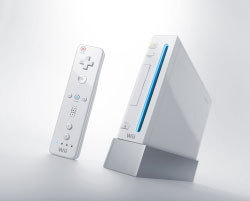 Though you might not think it judging by the “sold out” signs everywhere, 200,000 Nintendo Wii consoles were sold in the UK during the month of December. That’s according to Nintendo and reported over at Shiny’s Nintendo Wii blog, Wii Wii.

700,000 were sold across Europe, 500,000 copies of The Legend Of Zelda: Twilight Princess were also shifted, plus 320,000 Wii Play. However, there are still stock shortages, so if you’ve still not got one, it may be a slightly longer wait.

If you have, make sure you check out Wii Wii for news, reviews and the quirky stuff relating to the Wii – all updated daily.