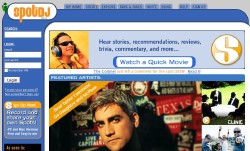 SpotDJ has announced that it’s supporting the iPod with its voice-clip service, which inserts short snippets of audio in and around your digital songs while you listen to them.

I have to admit, I can’t think of anything worse. Isn’t the whole point of an iPod that you DON’T have to listen to an annoying DJ quacking on over the start and end of your favourite tracks? I guess if it’s a band saying something interesting, that’s more appealing.

Anyway, SpotDJ has a bunch of people using its technology within iTunes, so the addition of iPod support will presumably be popular. The service personalises itself according to your preferences and listening habits – hopefully this includes a tick-box specifying that Zane Lowe should never be permitted to rap over any of your songs. Ever.