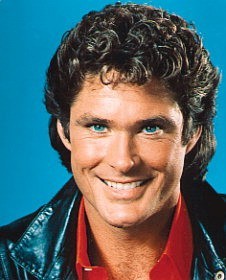 Pipex believes that since September 2006 when David Hasselhoff began advertising Pipex in his own inimitable style, customer numbers have grown by an extra 13,000 above its recruitment rate a year earlier.

Given the increasingly competitive broadband market, the Hoffmeister may well have raised Pipex’s profile.

CEO Peter Dubens is satisfied. ‘The Hoff advertising has certainly raised awareness for Pipex as a brand,’ he said.

But is The Hoff good enough for customers “Looking for the Best” broadband? And are Pipex making “All the Right Moves”? Apparently it would cost Sky or the Carphone Warehouse up to £400m to buy out Pipex, in their bid to grow to compete with BT, and Dubens say he isn’t in sales talks at the moment.

So, if you want to boost the profile of your broadband service, get an ’80s celebrity in on the act, maybe release a record, get him (or her) on the telly, and you’re sorted. Beats boring service specifications anyday.