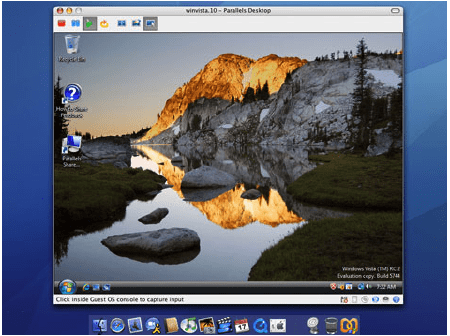 Parallels have announced that an update to their Parallels Desktop software has been named “Best in Show” at Macworld Expo, an award that is presented to the most elite of the several thousand products and services being exhibited.

This update to the software that allows Windows and Linux to run on an Intel-based Mac with Mac OS X without needing to reboot the machine has some improved features:

1. Better and faster USB 2.0 support for a range of devices including Palm PDAs and most webcams.

2. Improved Drag and Drop functionality, sharing the entire Mac file structure between OS X and Windows. This means that a user can, for example, drag a Word file directly from OS X to Word for Windows, have the Windows program automatically open, and edit the file without creating a separate, independent copy in their Windows VM. When the user clicks “save” after modifying the file, the update file is saved directly to their Mac.

3. “Coherence” – a new view mode allowing users to run Windows applications on their Mac without ever seeing the Windows desktop.