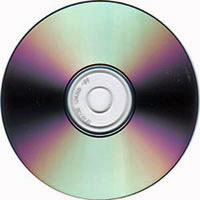 We reported some time ago that Samsung was planning a dual-format Blu-ray/HD DVD machine, but they could be beaten to it by LG, which could unveil a dual-format machine at next week’s Consumer Electronics Show (CES) in Las Vegas.

Details (as you might expect) are under wraps. So whether this is a conversion of an existing player or a machine with two separate drives is still unclear. But as we’ll be at the CES, you’ll be the first to know..

Meanwhile, movie studio Warner Bros. will unveil an optical disc format capable of being played in both HD DVD and Blu-ray Disc (BD) machines, again at the CES. Again, we’ll have to wait until the launch for specific details on the company’s Total HD disc, but looks to be a dual-layer disc, with an HD DVD layer on top of a Blu-ray one

That should be good news for retailers, who can stock one format instead of the two separate discs. However, as only Warner is currently behind the disc, that leaves an awful lot of pre-recorded content still tied to just one camp. But if Total HD is a success, that’s likely to change very quickly.