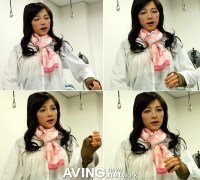 Resembling a human woman with the eye-sockets of Kermit the Frog, EveR2-Muse Robot is the latest offering from AVING, and can show the gamut of emotions from anger to boredom. Her eyes are actually wide-range CCD cameras, so her operator can suss what’s going on and recalibrate her reactions accordingly. She’s five feet tall and weighs only 135 pounds, which is pretty impressive considering she eats batteries and has a metal skull. She also sings; she sang “I Will Close My Eyes For You” in Korean at the opening of Robot World 2006. [GT]