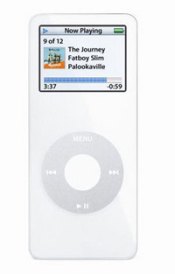 According to a new industry report, global digital music sales have almost doubled to around $2bn (£1bn) in 2006, now accounting for 10 per cent of all music sales. But that’s not enough for the music labels – with the digital sales failing to match the fall in CD sales.

The International Federation of the Phonographic Industry (IFPI) said digital sales could account for a quarter of all sales worldwide by 2010. Consumers last year downloaded 795 million tracks, up 89 per cent on 2005, using around 500 legitimate online music services in 40 countries. The number of tracks available for download doubled to over four million on the major services.

However, overall music sales were down 4 per cent in the first half of 2006. IFPI chairman John Kennedy said: “I would like to be announcing that a fall in CD sales is being compensated for by an equal or greater increase in online and mobile revenues. But that is not yet happening on a global basis.”