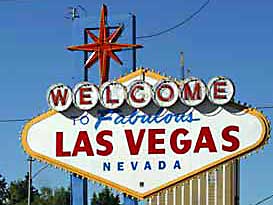 CES 2007 kicks off in a matter of hours now. So to keep you amused before the deluge of proper news, here is a little speculation as to what our team of hacks will be grappling with over the next few days.

1 Nokia – Ring Nokia has already spotted something called the N800, which is the successor to the 770 wireless tablet Nokia debuted last year. We were told of the arrival of a successor at 3GSM last year. There also appears to be a good chance Nokia will launch some new N series phones too. More on this on Monday.

2 Microsoft – There’s a whisper or two that when Bill Gates delivers his big speech on Sunday night he’ll be announcing some cool additions (HDMI, IPTV) for the Xbox 360.

3 HDTV – Well LCD TV sets are going to get bigger and better. I can’t imagine that anyone will launch a set that doesn’t do 1080p. Also expect Samsung, LG and Panasonic all to deliver record -breaking sized sets.

4 MP3 players – Apple’s big announcement will be at Macworld next week, but at CES expect there to be the first flash memory based models that have 10 Gigabytes or more of storage. The hot money is on Sandisk.

5 HSDPA phones – Expect to see a deluge of these even better than 3G phones from Nokia, Motorola Samsung, LG and others.

6 LG – Look out for the north American debut of the Shine phone, plus the next generation of the Chocolate handset.

8 Sony – At least 3 or 4 more HD camcorders to counter similarly specced models from JVC (a HD Everio) and Samsung.

10 Green gadgets – You can bet that all the Japanese makers at least will be touting the greenness of their electronics. Maybe Sharp will have a solar powered gadget or two.