5px; float: left;” after the height=”194″ />For every technology journalist, CES is ‘a very ominous assignment – with overtones of extreme personal danger‘, usually involving running around like a pantyless, coked-up Britney Spears following an inevitable divorce announcement, hyped up on whatever caffienated goods you can get your pasty RSI-ridden hands on, taking a quick harassed perve on whatever plastic treats were to be lusted after for the next 12 months. ‘Free lunch, final wisdom, total coverage…Why not? I tell you, my man, this is the American Dream in action! We’d be fools not to ride this strange torpedo all the way out to the end!‘ Of course, the lure of Krispy Kreme, $9.99 buffets, fruit machines, and scantily-clad waitresses passing ’round every form of lethal concoction known to man was a mighty distraction, but being five able-bodied technology journalists who hadn’t yet succumbed to the temptation of lounging around our Mothers’ basements, twiddling our thumbs on the latest Halo mission, we were guaranteed to succeed in bringing our readers top notch, hyper-speed reports on the latest in consumer electronics – or were we?

5px; float: right;” />Once given our assignments for the week between 4th – 11th January, we were instructed by a dwarf poolside with a pink-coloured telephone that we were to go to the American embassy and each apply for I-visas, allowing us to work in the US of A. Following horror stories of snarling nasal American officials, 6-hour waits in queues, and life-scarring visa photos, we each set our alarms for 5am and made the trip to Mayfair in order to apply. Upon receiving our colourful visas, hasty online bookings with lastminute.com ensued. Due to our belated bookings, we were forced to part with our company’s hard-earned dosh and book in with Circus Circus, home to the World’s largest indoor adult entertainment, and life-time fame of being documented in Hunter S. Thompson’s grapefruit-jonesing provoking ‘Fear and Loathing in Las Vegas’. 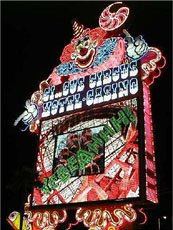 5px; float: left;” />Our handheld luggage onboard Virgin Atlantic looked like a mobile PC World’s freight truck. We had 5 laptops, 6 MP3 players, 5 Nintendo DSs, 2 PSPs, 3 mouses, 5 digital cameras, 2 video cameras, 1 dictaphone, 2 speakers, 7 mobile phones, 6 walky talkies, and a whole galaxy of multi-coloured headphones, chargers, cables and tat which go hand in hand with such a serious amount of tech. Plus the usual amount of mescaline, raw ether, amyls and whatnot which supplies a journalist’s lifeforce, but we won’t get into that here for fear of the pink telephone-holding dwarf’s wrath. Mostly because he pays our wages, allowing us to buy the aforementioned 12 month’s worth of plastic treats. 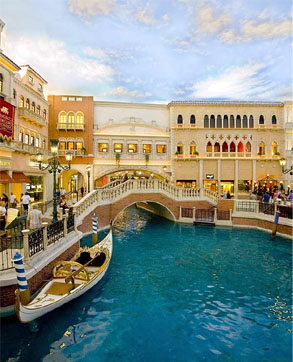 5px; float: right;”/>And so that brings us to yesterday, Saturday, the day our journey into ‘bat country‘ began. We kicked it off by registering at the press office in the Venetian hotel, the location of the actual show. After much walking around, Stu exclaimed ‘Holy shit! Look at that bunch over there! They’ve spotted us!‘, wherein we had to reply ‘Err, that’s the press table‘. Registering with the average middle-American pleb took its toll, due to our jetlag, and ‘those of us who has been up all night in places like the Circus Circus were in no mood for coffee and donuts. We wanted strong drink‘, however we were soon directed towards the press room, where we sat ‘right in the middle of a fucking reptile zoo!‘ and yes, somebody was ‘giving booze to these goddamn things!‘

Pretty soon 4pm rolled around and the action began. For the next three hours, we roamed around a hall, dodging fat Texans in cowboy hats and kerchiefs, grasping overloaded plates of cold mussels and orange cheese only found in America, whilst trying to get shit hot content for our sites. Shooting video took a huge amount of effort due to the background noise of several thousands journalists hurriedly asking questions of the companies’ representatives, and occasionally not being officially allowed to shoot the videos in the first place. Luckily we don’t have any qualms with upsetting these reps, so were able to bring you a vid on the Elvis bot from WowWee.

5px; float: left;”/>After a half-hour walk back to the grand ol’ Circus Circus, we retired to our hotel rooms, working until past midnight, typing up all the stories we collected during the day. Hyped up on caffeine and pizza from the hugely overpriced pizzas delivered to our rooms ($83 for four 12″ pizzas, zomg!!!1!!1!), we listened to Pavement and Lemonheads, whereon Susi got a little overexcited on her Sprite, exclaiming ‘turn up the fucking music! My heart feels like an alligator! Volume! Clarity! Bass! We must have bass!‘ Sadly the tiny speakers we were using with an iPod could not fulfill her request, so she sulked in the darkened corner for half the night, only brightening when Kyle McLoughlin appeared on Desperate Housewives. The next morning was bound to be a toughy, with a 7am start back at the freakin’ Venetian. Here’s hoping someone splurges on a taxi, after all, we are but pasty English technology journalists, not used to the harsh Nevada desert. ‘This same lonely desert was the last known home of the Manson family‘, and there’s ‘plenty of vultures out here, they’ll pick your bones clean before morning‘. We can only dream.

Post inspired by Hunter S. Thompson‘s ‘Fear and Loathing in Las Vegas’, published in 1971, also where all quotes ripped off taken from.