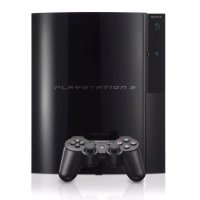 As we all recover from the vast amounts of alcohol and food we all consumed over the festive period and as all our new and shiny prezzies are tidied away and put in their places (where they’ll no doubt stay) we have some time to reflect on the gifts and gadgets we really, really wanted… but never got for one reason or another. Up first, the Sony PlayStation3.

If everything had gone to plan (as it is prone NOT to do in the games industry) we should all have been playing our PS3s right now; spilling mulled wine on our new blu-ray discs and realising we’re out of batteries on the one day of the year when all the shops are closed. But we’re not playing, and for good reason. A shortage of key components – they just can’t make them fast enough – has delayed the consoles release until well into the zero seven, specifically March. Unless you’re the import-type, then you’ll just have to wait until then.

Since the PS3 is already out in other parts of the world user reviews are already rife across the Internet. So far they’re mixed with some claiming it to be an over-priced, under-whelming piece of kit and others claiming it to be the greatest thing since… the last great thing, probably. Personally I’ll reserve judgement until I actually get to play the machine. So far I haven’t even been in the same room as one yet, unlike another (lucky) TD blogger.

There can be no doubt, however, that Sony’s new console is going to be at the absolute cutting edge of console technology. It’s had a whole year in development over Microsoft’s Xbox360 and, on paper, it dwarfs the Nintendo Wii. Specs are impressive, as you’d expect, and this is confirmed in the machines price tag. You would’ve had to have been a very good little boy or girl for Santa to have got you one of these babies this year. Even if it was out when it should have been I, no doubt, would still have got a lump of coal in my stocking.