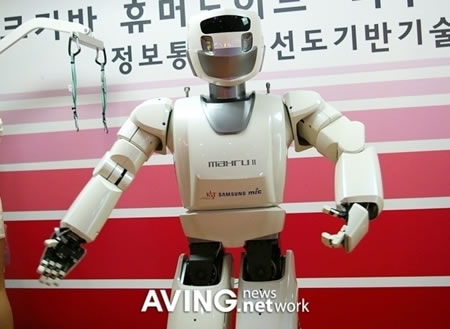 The interesting thing about the Mahru 2 Humanoid Robot From Samsung is not so much the body, although it is humanoid and has four fingers and a thumb. It’s also not that it has a built-in camera where it relays information back to its central controller, which can then adjust its programming on the fly. Nor even that it can recognize people and greet them in Korean. No, the most interesting part is: “The inventor says that by 2009 Humanoids will learn tasks themselves and share them with others.” The Singularity is coming after all. [GT]