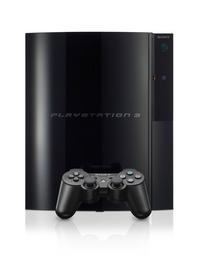 Some of you might have heard rumours about this little gizmo Sony’s lab boys have whipped up – I think it is called a PlayStation 3. Anyway, Sony tried to keep its launch a bit low-key as it doesn’t like to get everyone all worked up with overstated advertising campaigns or anything. But you know what people are like; any excuse will do if it means camping outside Best Buy for three straight chilly November nights – it’s what all the cool kids are doing.

Now that things have calmed down a bit and people have had the chance to play around and get a feel for the system, those of us who have to wait until March to get our hands on the console can find out if it really is all that it was cracked up to be and, more importantly, whether it is worth shelling out a princely £425 for when it finally reaches the UK.

First of all, here’s a quick recap of what the PS3 has to offer. Like the Xbox 360 the PS3 is available in two versions; their main differentiator is the 20GB and 60GB hard drives. Also unlike the 360, the PS3 has its own integrated Blu-ray player, which means it can play High Definition movies as well as games.

The 60GB version costs $100 more than the 20GB (UK pricing is still TBC) and comes with integrated Wi-Fi and a flash card reader along with the added memory. If you’re planning to save a few quid by forgoing those extras, be aware that you will sacrifice your chance to get at any of the interesting PS3 – PSP interoperability features.

The PS3 measures in at 325 x 98 x 274mm which puts it at about the same size as the Xbox 360 and can be stood on end or on its side. It is pretty hefty, weighing in at about 5kg, but the extra weight means that the power supply is all integrated so there is no hulking power brick that needs to be tucked away.

Sony seems to have made a return to form with the general hardware design on the PS3. The clunky old disc tray has been removed in favour of slot-loading drive on the front that seems to have met with a generally positive feeling from users. The front end also has the card readers hidden beneath a flap and beneath that (when on its side) you can find four USB ports primarily aimed at taking the SIXAXIS controller’s USB cables.

These can also be used to connect all manner of other hardware peripherals, from USB keyboards to digital cameras, and while this is seems a little more lenient than what Microsoft was prepared offer, the full extent of compatibilities remains to be seen.

The rear end of the console contains the selection of A/V outputs and a network port. While Sony has included an HDMI port for HD users, early adopters in the US have been disappointed to discover that Sony is milking a few extra bucks out of its customers by not packaging any High Definition cables with the HD enabled console. Tut tut.

Finally, on the side there is a flap that conceals the hard drive. According to Sony, the hard drive is a standard SATA notebook drive and can be replaced as you wish. This is potentially a fantastic idea (especially for anyone who manages to snag a 20GB version) but there are two caveats: 1) Games website Gamespot complained that they managed to strip the screw heads trying to get it out of the case, and 2) compatible notebook SATA drives aren’t exactly the cheapest of storage devices out there. Given the PS3’s extensive external memory support, it might not really be worth the expense.

With every new console, comes a new controller and the PS3 is no exception. The new SIXAXIS controller is so named because it can detect movement in the full six degrees. This will allow you to tilt the controller in games to perform certain actions.

It is also wireless and, unlike Microsoft’s battery powered (or optionally chargeable) Xbox 360 wireless controllers, can be charged as standard using the accompanying USB cables. I haven’t found any indication of just how long these batteries last but the new PS button, which can also be used to power the system on and off, will also display the amount of juice left.

Visually, the SIXAXIS looks a lot like the old Dual Shock 2 controller, but one major change has been made to the design of the L2 and R2 buttons which are now more like triggers as they are hinged. Also unlike the Dual Shock 2, the SIXAXIS is lacking in any form of force feedback/rumble pad capabilities, which Sony has claimed to be as result of the complexity of the motion sensing technology but it is widely believed that Sony chose to exclude the vibration mechanism after losing a patent infringement lawsuit, along with a cool $91m, back in 2002.