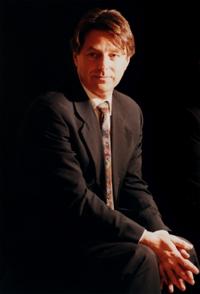 With all the hoo-ha over the dangers posed for kids by sites like MySpace and Bebo – you know, cyber-bullying, paedophiles lurking on every virtual corner, etc – it’s easy to forget the positive aspects of social networking for children. One company that hasn’t is Intuitive Media, which is trying to bring the benefits without some of the risks feared by many parents.

Intuitive Media is an education firm providing what it describes as protected online learning communities for children. It currently runs two main communities: SuperClubsPLUS for kids aged 6-12, and GoldStar Cafe, for ages 11-14. They’ve signed up over 120,000 children so far in the UK, along with over 12,000 teachers.

“Our aim is that kids talk to kids, work together and learn from each other,” says founder Robert Hart. “It’s about understanding kids from other backgrounds, whether they’re round the corner or on the other side of the world.”

The way these clubs work is that they’re advertised to schools. Teachers join for free, and can then nominate children in their classes to join too. The registration process ensures Intuitive can check that all the teachers and kids are who they say they are, removing the risk of adults posing as children.

“They can email other kids in the community and their teachers, but they can’t email outside, and no-one can email into them,” says Hart. “There’s discussion forums, school-related stuff, they can build their own homepages, take part in clubs, contribute to online magazines and all sorts of other stuff.” 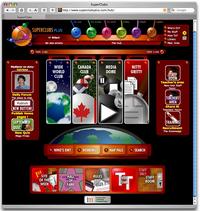 Intuitive launched five years ago, initially as a government-funded project, although it now generates revenue mainly by subscriptions from schools, who pay per child, while also earning money by conducting surveys of the members for government departments. In the early days, it was a tough task convincing schools to sign up.

“They didn’t understand what is was,” says Hart. “Bebo, MySpace and Flickr didn’t exist five years ago, so teachers didn’t understand it. It’s been our job to educate them, and now we find there’s really good understanding within the education community. They also understand the dangers of other communities outside. Bebo and MySpace have frightened teachers in many schools.”

Earning the trust of teachers has involved considerable investment into research and development, for example automated filtering systems to screen out bad language. Hart says Intuitive has learned from its users, who know all the tricks to try and get around these kind of filters. However, it’s not just blanking out rude words. The company has to manage more sensitive moderation too.

“There’s another level of filtering for language, for example where it might be bullying or certain kinds of flirting,” he says. “The language is allowed through, but it will be alerted to human moderators, who can read that message in context and decide if it’s something to worry about.”

Isn’t there an argument that kids don’t want to be doing worthy learning stuff on these kinds of communities, but would rather be flaming each other, swapping illegally-downloaded music and posting videos of them happy-slapping grannies? Not to stereotype them, obviously. But Hart says that’s not the case, saying that instead, children relish the chance to get their teeth into creative projects that are often not tied to the national curriculum. 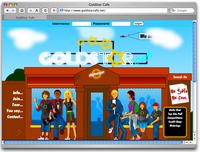 One interesting aspect is Intuitive’s ability to observe how kids behave with this kind of social networking technology. Hart says one surprise was the way they communicate.

“If they’re writing quick emails to each other, they’ll use text-speak, if they’re in a forum they tend to write half-text and half English, and if they’re writing an articke, they use proper grammar and spelling,” he says. “A few years ago, teachers were very worried that technology was destroying language skills. But it’s absolutely not. Kids using this are becoming better learners, better writers and better communicators.”

Coming back to the moderation and censorship issue, though, what happens if what those kids want to communicate is, say, that their teacher’s an idiot? Many happy hours of my schooldays were spent being rude about teachers behind their backs, but in these kinds of communities, that’s not possible.

“I haven’t seen anything critical of any teacher ever,” says Hart. It sounds unlikely, but he does offer the explanation that since they know their teachers will be reading, they automatically self-censor. So do they just go home and bitch all they like on their MySpace page? Seemingly not.

“6% of our children have visited Bebo, and half a percent have visited MySpace,” says Hart, adding that 4% have tried Piczo, which is interesting if you want to know what social networking community is gaining ground with The Kids. “A very small number of our users go to these other places. And why would they, because we can do everything they can do on MySpace and Bebo, and a lot more. And their parents approve of it.”

That’s the thing about these communities. Surely parents approving of something is the killer blow to making it uncool with children? But Hart says not, and his figures seem to back him up. So what’s next for these kinds of protected communities? Extending to handhelds is one option, following research that indicated that 61% of Intuitive’s users had mobile phones, 26% had Nintendo DS’s, and 14% had PSPs.

“We asked the kids what they wanted to do at home, on a handheld, and they said they want to email their mates or teacher, go on the discussion forums, and see any other kids online at the same time as them,” says Hart. To that end, SuperClubsPLUS has just launched a PSP-friendly version, as well as one for PDAs – which an increasing number of children have access to in schools, apparently.

“Our next job is to do the DS and mobile phones,” says Hart. “It’s only a day’s work to configure for us.” Meanwhile, there’s also the possibility of launching a new community for children older than 14, although Hart says one consideration is that once they reach this age, they should know how to behave safely on other social networking communities.

However, Intuitive is running a trial in Romania called Student Voice, where 16-19 year olds tackle key questions through forums and discussion groups, with the results being fed back directly to the Romanian government, in the shape of the education minister. “It gives kids a real voice and a purpose, which is so different from going onto MySpace and playing about,” says Hart.

Clearly, Hart’s job is to portray Intuitive’s communities as safe alternatives to MySpace and Bebo, but does he really think they’re that dangerous for children?

“I’m not being critical of them, just being practical,” he says. “I’ve been watching them quite closely to see how they intend to make areas safe for children. Putting up safety information seems to be the end of it, and giving young people the ability to set their pages to public or private. I’m worried this is smoke-screen stuff. If you say to kids ‘This is how to behave’, they’ll read it once if you’re lucky and then ignore it.”

So what can these sites do, now, to make them safer environments for children? What would Hart do if he was in charge, in other words? He pinpoints one problem as the lack of age verification, which means these sites can’t tell who’s a child and who’s an adult. And he also points out that the cost of moderating every user’s MySpace page may be prohibitive.

“I don’t think they’ll be able to retrofit mediation,” he says. “What they should do is do something about age verification, and try harder to keep young children out. Bebo has been promoting to schools, but every kid in the school gets the message, not just the 13+ age group. They should stop that, as they’re attracting younger children.”