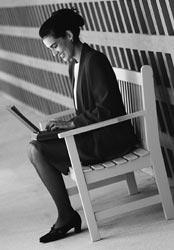 Are you being ripped off for using the internet out and about? According to a new survey by Webaroo, you could be paying up to 28 times more for the your net access on the go, compared to the cost of access at home.

Obviously Webaroo thinks you should browse offline using their downloadable web packs, saving yourself the connection charges. Except of course, we often want access to more current content. What do you think? Are roaming charges excessive? Let us know.