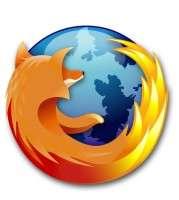 The second generation of massively popular anti-IE browser Firefox (is that enough propaganda for you?) is officially released tomorrow, aiming to build on the continuing success of the first version and take further market share from Internet Explorer.

Perhaps unsurprisingly, the leap from FF1 to FF2 isn’t as massive as the leap from IE6 to IE7, but then FF1 was a better browser than IE6. Also, many of the features now standard in Firefox version 2 were available as plugins for Firefox 1. Still, it’s my belief that software runs more efficiently with built-in features than lots of added plug-ins.

Features include a built-in spell checker for forms (about time), more flexible RSS subscription options, and an anti-phishing toolbar powered by Google’s list of phishing sites.

Mike Beltzner of Mozilla says the he thinks the release of IE7 could be a good thing for Firefox, as it will open users’ eyes to the possibility that there’s more to life than IE6.