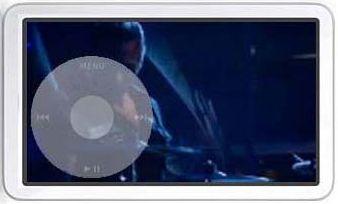 The Apple rumour mill is in overdrive again as ‘news’ circulates that Apple could be releasing a wide touchscreen sixth-generation iPod in December (picture is a mockup from TR).

The Trusted Reviews team have apparently been speaking to a ‘well informed exec’ who works for a ‘multinational company that develops iPod products and which sport “Made for iPod” accreditation’.

That narrows it down a little. Anyhow…

It all came about because he said that a product his company had launched would benefit hugely from a new iPod that has a screen filling the surface area and offer higher resolution video, at least 480p (NTSC DVD standard).

“This is why Jobs isn’t afraid of the Zune,” he said.

Furthermore he also said Apple has been informing partner companies that its long awaited ‘iPhone’ (fan art again above) will debut in January and Apple wants to feature a subscription iTunes service where tracks could be downloaded for free as long as the subscription was maintained. He said Apple is already in negotiations with networks about bundling a trial period of the service with user contracts. Apart from that he said Apple did confirm to him that a three megapixel camera will be onboard.

When I asked this exec why we should believe any of this info he explained that Apple works incredibly hard to keep its third party manufacturers in the loop because “it makes more money from the affiliates programme than from selling iPods” and that Steve Jobs believes it is brand’s vast array of add-ons which plays the biggest part in maintaining Apple’s market dominance. “He needs third parties to be ready with products when each new generation launches,” he explained, “and we will be…”

We can speculate as to who the leaky company executive is, but it probably won’t do Apple any harm at all to have these rumours surfacing now. Whether the timing is right remains to be seen – go for the pre-Christmas rush or have a New Year blitz?

Either way, it could be an exciting time for Apple gear with new iPods and iPhones coming.

What do you think?

One thought on “Apple iPod with touchscreen coming soon?”