The games that will herald the opening of the Nintendo’s online games store, WiiWare, have been announced… 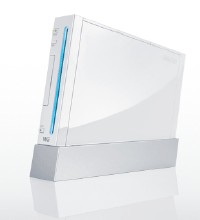 For all its marvellous traits, Nintendo’s Wii console is lacking in one fairly important area: original downloadable games.

Xbox 360’s Live Arcade has loads, and PS3’s PlayStation Network is rolling out a number of original titles too. But Nintendo’s Virtual Console has stuck to its rigid policy of only selling old retro games, rather than new titles.