Ignore the picture but word has it from a bloke who knows a bloke at Sony that the PSP2 will not have a number or code but instead a subtitle, such as the PSP monkey or PSP Armageddon or such. The best guess out there at the mo is that it’ll be the PSP Go! in line with their PSP services already released, but I wouldn’t put a whole lot of stock in that.

What does make sense are some of the details which suggest that the handheld will be unveiled at E3 in June, it’ll be out in the last quarter of 2009 and it will indeed have the much drawn slide-out screen. Whether it’s of the 800×480 pixel touch variety is another matter.

There’ll be just the one analogue joystick and one d-pad, no UMD disc drive but it will come in two iterations of 8GB and 16GB built-in flash memory. There’ll be 100 classic titles available for download at launch, including Gran Turismo, and, fingers crossed, it should be something special to fight off the DSi at one end and the iPhone 3G at the other.

Good luck Sony. Don’t think I’ve ever said that before? 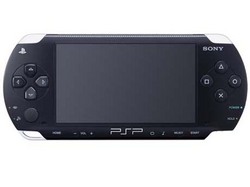 I’ve just published the liveblog of the Blu-ray press conference at CES (you can read it here), but one element in particular is worth pulling out. There was talk of a new feature where you’ll be able to put a Blu-ray disc in your PS3, and within seconds, have a copy of the movie ready to transfer to your PSP.