YouTube have today revealed the biggest design change for the site in its history. The new-look YouTube splits hte homepage into three distinct areas, while pushing social features to the fore more than ever before. Mimicking in many ways the…

Though the 2007 release of the Xbox 360 Elite souped up the games console's hard drive and gave it a lick of dark grey paint, the actual design of the machine hasn't drastically changed since it was first launched back…

Google docs, the world’s most successful online word processor, is to get a redesign, or revamp, or rejig. Well it’ll be one, other, or most probably, an almalgm of these.

The ‘pre-announcement’ announcement on the Google Docs Blog (which isn’t very interesting), comes hot on the heels of Microsoft unveiling its plans for Office 2010. Plans that include a new web-based component, designed to directly take on docs.

Google’s counterpunch comes in the form of a promise that their redesign will make sharing more intuitive. The practical upshot of which is that users might notice some malfunctioning modules over the next couple of days.

Do you think that Office 2010 will claw back the market share they’ve lost to Docs? I’m writing this article, about Docs, on Docs, which is frankly, not as weird as it sounds. Will you be moving back to Office? Answers in the comments chums.

I don’t think there’s anything else in my life that I have such a love/hate relationship with as Twitter. The addictive microblogging service is down several days each month, annoying for my Facebook friends (because I update 10 times a day) and annoying for those around me. I’ve never gone this far though. 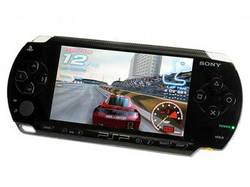 Kotaku has a bunch of information about Sony’s plans for a PSP redesign, which if true sounds like it could kickstart the device’s fightback against Nintendo’s DS.

There was a small flurry of excitement when Sony Computer Europe's UK Managing Director, Ray Maguire, confirmed that the PSP handheld gaming console would receive a redesign. However, no revamp is actually in the works. Sony America's senior director of…