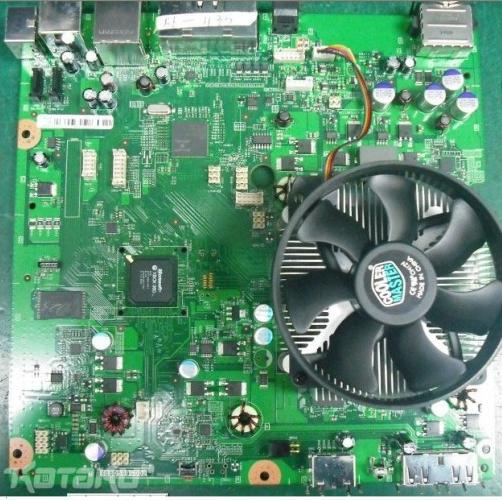 Though the 2007 release of the Xbox 360 Elite souped up the games console’s hard drive and gave it a lick of dark grey paint, the actual design of the machine hasn’t drastically changed since it was first launched back in 2005.

That may all be set to change however, as rumours are now building that Microsoft are readying a new slim-look reboot for the console. The pic above is the first strong evidence that this may be true; it shows an Xbox 360 motherboard made considerably smaller by combining the CPU and GPU into a single chip.

The source who leaked the image claims that the plan is to install the new motherboard into a brand new svelte chassis, replacing the existing Xbox 360 look that many feel is a little too toy-like.

While there’s no official details on this news yet, all the pointers seem to suggest that sooner rather than later an Xbox 360 Slim will turn up. The PS3 Slim has proved hugely popular, with its low price and smaller casing turning around Sony’s flailing console fortunes. Also, with Project Natal sitting just over the horizon, a fresh new machine with potentially lower manufacturing costs to go hand-in-hand with the new motion controlling hardware could lead to big bucks for Microsoft.