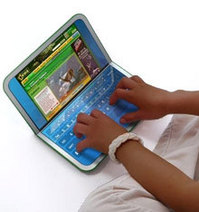 The $100 laptop? Sooo 2007. Now it’s time for the $75 laptop, from the same One Laptop Per Child (OLPC) organisation. The new model is also raising eyebrows thanks to an interesting new design strategy: it’s ditching the keyboard entirely. 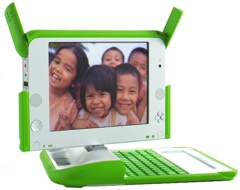 Intel yesterday announced that it had left the One Laptop Per Child (OLPC) project, run by MIT professor Nicholas Negroponte, because of a stipulation from the organisers that they support the project exclusively.

According to Intel, the OLPC board “asked Intel to end its support for non-OLPC platforms including the Classmate PC and other systems. They wanted us to focus our support exclusively on the OLPC system.”

Intel are convinced (as I am) that there will be many solutions to getting affordable, accessible technology into the hands of people in developing countries. Perhaps the OLPC thought that Intel was some tinpot organisation who didn’t have the resources to concentrate on more than one project at a time. For an open-source initiative, their stance seems a little peculiar. 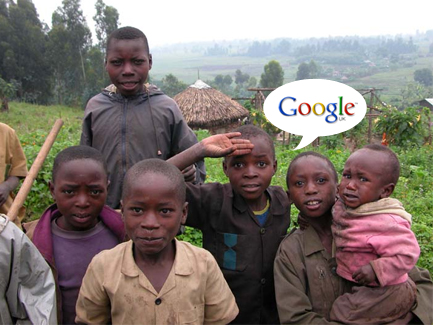 It’s all well and good harping on constantly about the One Laptop Per Child scheme, but is it actually benefitting the children of Africa?

According to a chap on CNN the other day, out in Rwanda demonstrating the effects made on the kiddywinks, the….

We haven’t heard much from the One Laptop Per Child program recently, so I was fairly shocked to discover on my internet trawls that the program will kick off officially on November 12th.

The previously quoted cost per laptop of $100 has obviously been thrown out the window, with a more realistic price-tag of $399 being attached to each pair of Linux-based laptop. The idea is that customers purchase two laptops for $399, and one will be given to a child in a developing country. The XO laptops,… 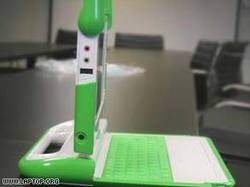 Cheap laptops for the developing world aren’t what they were. Take the One Laptop Per Child project, which came out of MIT in the US with the noble aim of mass-producing a laptop that’d cost $100, to ensure schoolchildren around the world could watch The Salmon Dance on YouTube too.

However, when the laptop begins production later this year, it’ll actually cost $188, due to rising component costs and currency fluctuations. Although it’s still exceptionally cheap given the laptop’s wireless capabilities, experts say the price hike could put governments in the developing world off ordering the laptop.