Google have announced that they are bidding to run a new set of top level domain addresses, including ".google", ".youtube" , ".docs" and even ".lol". Are Google about to lead a Lolcatz renaissance, or are these new domains too specific/and/or…

Kids, just say no to LOL. That’s the message coming from Bankstown Grammar School in Sydney, where the carbonated fruit juice is being consumed as a breakfast beverage by children as young as six.

Despite the claims that the side of the packaging make about the soft-drink containing “no bad stuff”, each can contains 26mg of sugar, and the design – with its large smiley face and colourful labelling – has been criticised for looking similar to the Red Bull design. 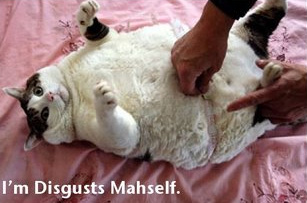 Meet Lolsecretz, Shiny Towers’ favourite new external blog. Like a complicated bastard child belonging to I Can Has Cheezburger and Postsecret, it features pictures of lolcats with their personal secrets dished out to the prying world’s eyes.

If you’ve managed to find…