Gamers will spend the equivalent of three years of their adult life playing online – splurging almost £16,000 in the process. A study of 1,000 adults who game regularly found an average of eight hours a week is spent competing online – a total of two-and-a-half weeks each year. But it doesn’t come cheap as…
23rd June 202023rd June 2020 Chris Price Gaming

How convenient. Just yesterday, I was railing against stereotypes of virtual world inhabitants. Today, out pops a survey stating that those stereotypes couldn’t be further off the mark. Players of EverQuest II were recruited in game and asked to fill out a web-based questionnaire.

The findings? Most of the “hardcore” players are female, gamers are healthier than average, and game-playing is becoming a more social activity. Some other interesting results came out – the rate of bisexuality among female players is five times the national average, and whereas male players’ goal was often to “win” and complete things, female gamers were more interested in the social aspects of the hobby.

Just as computing, and console gaming are now seen as gender-neutral activities, so will MMOs and virtual worlds be in the coming years. In the meantime, don’t necessarily expect that massive orc warrior in your dungeon to be a bloke.

If you’re a gamer in the UK, you might be aware that it’s currently the London Games Festival, a celebration of all aspects of video games and gaming. It’s been going on since last Friday, and it continues until Nov 7th. Here’s a brief roundup of what’s been going on, and what’s planned for the next few weeks…

The company vs consumer battle between EA and its customers is really starting to kick off. The debate centres on the DRM slathered all over Spore – the new game from Will Wright, creator of The Sims. The digital rights management system that EA built into the game has led fans to plaster Amazon with bad reviews, and even create protest species within the game… 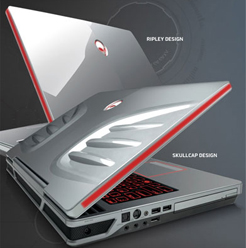 Gamer? Got space for 17″ of pure power and testosterone? Slightly obsessed with government conspiracies involving aliens? All these human traits marks you as the perfect candidate for handing over several thousand to Alienware, who’ve done it again with their new Area-51 m15x and m17x laptops.

Aimed at gamers who like laptops with a bit of braun, these two models won’t disappoint with their specs. The… 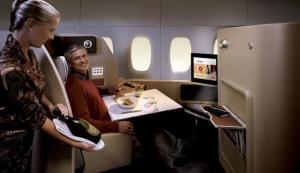