The message boards over at our Shiny friends HDTVUK have been alight with readers venting their spleens over the new-look Sky + HD Guide, which completed its nationwide roll-out last week. Many of you have been complaining that the new…

Following the utter failure of Kangaroo, BBC and ITV bosses have put their heads together and come up with a different strategy. They’re launching a public consultation on a proposal for a IPTV service that they’re calling Project Canvas.

There’s not a whole lot of detail available yet, but it appears that the companies want to put together a set-top box service that’ll deliver television (in HD), a PVR service, internet access (to YouTube and other sites), and some sort of electronic program guide to it all. Sounds messy, but then so did Kangaroo.

The partners hope that it would cost in the region of £100-200 for the consumer, and a 2010 launch is aimed at. The BBC says it’ll contribute £6 million to the project over the next five years, out of a total of £16.6 million that it’ll need.

Don’t know about you, but I’m perfectly happy just plugging in a PC to my TV and using that to watch YouTube or iPlayer as necessary. Why would I need a set-top-box to do the same thing? As with many things, I think the key will be in the implementation. If it’s done as well as iPlayer, it’ll be wonderful. If not, it’ll be an expensive waste of time. 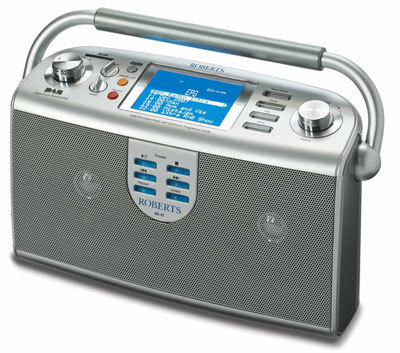 Roberts has temporarily ditched the fake leather and 50s vibe for the MP-SOUND 41 DAB radio, which also throws in an EPG.