Google is to begin asking Android users in Europe about their preferred search engine and web browser apps after being accused of abusing its position by the EU competition authorities. Last year, the internet giant was fined a record £3.9 billion by the European Commission for what it said were restrictions placed on mobile phone…
20th March 201920th March 2019 Chris Price Google, News

Apple has accused Spotify of wanting the benefits of the App Store without “making any contributions to that marketplace” in response to an anti-competition complaint Spotify filed with the European Commission (EC). On Wednesday, the music streaming service said Apple was giving itself an unfair advantage by charging a 30% tax on purchases made through…
15th March 201915th March 2019 Chris Price Apple, News, Spotify

Microsoft has confirmed that the European release of their much anticipated OS, Windows 7, will be shipped without their Internet Explorer web browser.

The reason for this, somewhat strange, exclusion is the ongoing legal wrangle between Microsoft and the European Commission. The basic argument from the EC is that, by including IE bundled with Windows, Microsoft is creating unfair competition in the market.

So, Microsoft has pulled a major strop and have announced that Windows 7 E versions (the E stands for European, see what they did there?) will be devoid of any trace of IE. Although, of course, customers will still be able to install IE if they want to – Bill and the gang aren’t that magnanimous.

The EC is being equally as callow in the argument, however. They’ve reacted to the news by complaining that “rather than more choice, Microsoft seems to have chosen to provide less”.

Come on guys, kiss and make up, life’s too short.

I actually think the news is a good thing – there are plenty of good browsers out there, many of which are far superior to IE. This statement is backed up by the fact that IE’s market share is tumbling, whilst alternatives such as Firefox are gaining ground rapidly. Check out this brilliant Wiki which shows how, in the last five years or so, IE’s market share has fallen by over 25%, whereas Firefox’s has risen by nearly 20%.

I’m a real advocate for Firefox, as you may have noticed, but don’t dismiss Google’s Chrome, Apple’s Safari or, err…Norway’s Opera. Or take our unique test to see what browser you are.

Windows 7 is out on 22nd October.
(via Reuters) 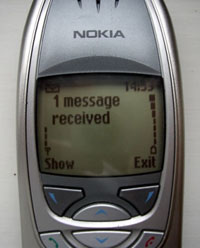 We already know that text message pricing is a great big rip-off, but when roaming in Europe it’s even worse, with some users being charged up to 63p per message sent, and even having to pay to receive them.

The European Telecoms Commissioner, Viviane Reding, isn’t at all happy about this, and has added the cost of SMS roaming charges to the long list of things she’d like to see mobile phone operators cut the cost of, or abolish… 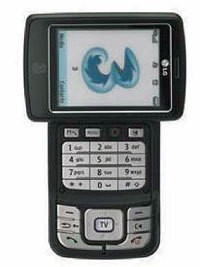 Most UK mobile operators offer some form of streaming mobile TV over their 3G networks, and while the quality has improved, it’s still not exactly tip-top. Proper digital broadcasts would seem to be the answer, but there’s a cluster of competing formats, which each have different cheerleaders in different countries. It’s a bit of a mess.

A new report by the European Commission suggests that almost one-third of Europeans have home access to a high speed wired broadband connection. 53% of households access the web via ADSL, with 34% using wireless connections. Nearly one-fifth of Europeans…