A new 4G coverage checker has launched, enabling you to check coverage across networks - almost drilling down to street level. The coverage check, which has been launched by mobiles.co.uk can be filtered for all of the major networks (EE, Vodafone, O2) and also by type of signal (4G, 3G, 2G). Jay Karsandas, Digital Manager…
12th November 201422nd March 2022 James O'Malley Mobile phones

4G, the near-mythical new standard for mobile data speeds, has finally hit UK shores after a torturous wait. EE, the umbrella company for T-Mobile and Orange, are the first network to launch a 4G service in the UK, and we've spent the last month trying it out on a variety of handsets. Read on for Tech Digest's verdict of the new premium service.

O2's mobile phone network appears to be down again in London for the second time in a month. Twitter is ablaze with users struggling to get reception with the network. "Been with #o2 for over 9 years and never had…

Tired of receiving a rubbish reception on your mobile phone? Sick of important calls cutting out midway during conversations? Picochip, a Bath-based semiconductor company, may well have the answer to your problems in the shape of femtocells, small cellular base…

Vodafone have today launched their new Sure Signal 3G booster box. Timed nicely to coincide with last week's iPhone launch on the network , it aims to significantly improve 3G signals within the home. The Sure Signal service is part…

The maps show that 3 is the network with the most 3G coverage, closely followed by Orange. O2 comes last – supporting our theory that O2 is, in fact, a bit rubbish.

Ofcom said: “For 3G network coverage there is still a noticeable difference between rural and urban areas, and also between different parts of the UK, with coverage problems a particular issue in the devolved nations.”

3G is becoming ever more important, especially with the new generation of smartphones which rely on good coverage and fast connections in order for their features and apps to run smoothly. The maps paint a bleak picture of a network that isn’t really supporting the smart devices.

What’s the answer? Well, see these related posts for possible alternatives and solutions: Will WiMax or LTE win out? | Femtocells – much more than a signal booster

(via The Press Association)

If mobile phone coverage is a problem in your household then you may be interested in the Vodafone Access Gateway – a little box that plugs in to any broadband line to create a boosted 3G signal.

Vodafone is saying that the device is the first of its kind in Europe. Unfortunately, it only works on the Vodafone network but I suppose that is understandable – they’re hardly likely to want to improve the signal quality of their rivals.

The Vodafone Access Gateway will be available for free with some phone plans, as a one off payment of £160 or for a monthly charge of £5. It can handle up to four calls at once so would be perfect for a family home.

Get yours from Vodafone from 1st July and never miss a call again because of lack of coverage.

This page will be updated over the coming days with all of our coverage from IFA 2008. IFA, along with CES, is one of the big consumer electronics trade shows in the calendar… 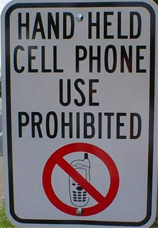 Citizens of Afghanistan may find themselves without mobile phone coverage fairly soon, if Taliban rebels have anything to say about it.

They’re calling upon the network providers to cease operation between the hours of 5pm and 7am every night, as they claim Allied troops are able to locate Taliban members by hacking into the networks.

Four major networks are being targeted, the Roshan, Areeba, Etisalat and Afghan Wireless Communication Company. If the…