Brits will spend at least an hour of their Christmas day scrolling through websites, two hours watching TV and an hour playing on games consoles. A study of 2,000 adults found a quarter will share their festive celebrations on social media as they happen. In comparison, around 91 minutes is spent cooking with 46 minutes…
23rd December 201923rd December 2019 Chris Price Gadgets 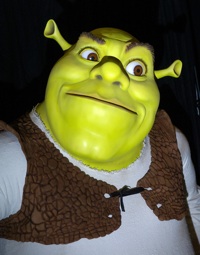 Should you find yourself at a loose end on Christmas Day, with nothing but a laptop and Internet connection, then here are twenty things you could do to pass the time until the Boxing Day sales start and you can go and buy yourself a new sofa. Though I think Zara might have something to say about “>not being geeky on Christmas Day

1. Find as many ways of watching the Queen’s Christmas Day speech as possible

Yes, yes, it’s on BBC1, ITV1, BBC HD, and Sky HD, but this year it will be sent out as a podcast, will be available on the BBC News web site, and will no doubt appear on YouTube at some point – probably by some geek testing out his new laptop.

2. Download the lyrics for as many Kylie Minogue songs and start singing them at 6.50pm

Yes, Kylie’s in Doctor Who, and you can ruin the whole experience by singing “I Should Be So Lucky” as the Titanic goes down.

Sky has nabbed two high definition treats for Christmas Day afternoon on Sky Movies 2 HD. First up, and marking the 50th anniversary on television, the Queen's Speech will be broadcast at 3pm. Following that, at 3.10pm, comes uninterrupted James…