Ask Jeeves have revealed the details of the most searched for public figures of the decade. In at number one is popstar Britney Spears, whose meteoric rise to fame, mental collapse and comeback has spanned the entirety of the decade,… 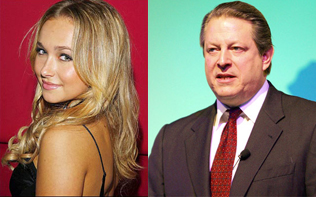 No, Hayden and Al weren’t secretly involved in OJ’s Las Vegas farrago. At least, I don’t think they were. Instead, the three occupy the top slots on this week’s Lycos 50 Biggest Movers and Shakers search queries chart.

Heroes star Hayden and Eco guru Al have seen searches for them rocket by 1600% apiece, thanks to the the US debut of the new series of Heroes, and Al’s appearance before the UN to discuss climate change. OJ? Well, you know why he’s of interest to the internetweb hordes.

Every so often, something takes YouTube complete storm. At the moment, Britney Spears’ performance at the MTV VMA awards is subject to the most ridicule. Here’s just one of many videos taking the mickey. 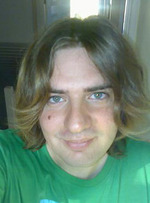 Seen Britney’s shambolic performance at the MTV VMA awards yet? If not, and you’re outside the US, you’ll be hard-pressed to watch it. Why? Well, MTV has the footage on its website, but it says it’s “not accessible”, which I think is because I’m outside the US.

But it’s on YouTube, right? Wrong. It was, for a few hours on Monday, but MTV parent company Viacom’s lawyers were quick on the case to get it taken down from there, and any other video-sharing site where it was posted.

It’s frustrating, because you’d think MTV would be keen to have the video splashed all over the web, given that on Monday morning, Britney’s performance was THE celebrity story around the world.

YouTube isnt just great for cool stuff. It’s also great to see videos of people falling apart. The latest celeb to find their mind-a-wanderin’ is poor ol’ Britney Spears who, after her comeback performance at the MTV VMAs, has found herself named ‘the worst performance in history’. Terrible lip-synching, dazed bumbling around stage, vacant expression. It’s a classic!

It’s already all over YouTube. Not too long ago, this would’ve sent her record company bananas with piracy-fearing rage, threatening lawsuits on anyone who ever came into contact with the track. But ‘Gimme More’ is actually a prime example of the importance of these ‘leaks’ to the music industry, especially when it comes to Big Comebacks.

Why? Well, Britney is benefiting from ‘Gimme More’s online ubiquity for several reasons…

Personally, I think Britney looks pretty fetching with her hair shaved off. Maybe she just fancied a change. That said, I normally weep for 20 minutes AFTER I go for a hair cut, not before. Anyway, the good news for…