In rather vague news emerging from Taiwan, it seems that HTC may be looking to developed Mobile Internet Devices (MIDs) using Intel’s new Atom processor and Qualcomm’s Snapdragon chipset, with new devices coming towards the end of the year… 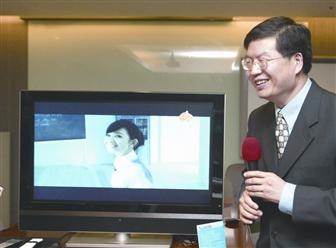 Surely fuelled by the phenomenal success of the Eee PC, Asustek has announced that it is planning to launch an extended family of “Eee” products, including a desktop PC, PC and monitor in one, and a TV. Unsurprisingly, the products’ main selling point will be low cost.

The E-DT will be a desktop PC sold without a monitor, initially containing an Intel Celeron processor, with subsequent versions adopting Intel’s Shelton’08 platform with Diamondville processors and the 945GC chipset. It’s expected to launch in April or May this year, with an initial price estimate of between $200 and $300, but with hopes that it’ll soon be sub-$200.

Asustek Computer, who make PCs under the Asus brand name, will launch their first notebook computer featuring an LED backlit display screen on March 7 in Taiwan. Most current laptops use CCFL (Cold Cathode Fluorescent Tube) technology because it's currently…