Sagemcom have unveiled their first set of Freeview HD TV recorders for the UK, the RTI90-320 T2 HD and the RTI90-500 T2 HD. The eagle-eyed among you may have noticed that Sagemcom were once the communications arm of tech manufacturers…

Growth of the internet could outpace its current infrastructure within two years, claims a new report from a clutch of scientists at a university. Unless billions of dollars are invested in new fibre-optic cabling connections within the next six months, internet users could face increasing interruption of service.

“It’s going to be madness,” claimed the project leader, “Amazon will be up sh*t creek without a paddle, eBay will be all at sea, and Twitter users are going to get into a right flap.”

The study is the first to apply the equivalent of ‘Finagle’s Law’ to the internet. It’s a scientific principle which, when applied to the massive dataset collected by the scientists, predicts that things are going to rapidly start falling apart before next Christmas.

The blame has been pinned on spammers, software pirates and child-porn rings, which all use massive amounts of bandwidth – up to a 161 exabytes of data each year. “We think the exaflood is generally not well understood, and its investment implications not well defined,” said a leading industry analyst.

The Chinese government has been the first to respond, changing their one-child policy into a one-strike policy. Under the new system, anyone accessing the internet more than once a day will be disconnected for life. Unless similar action is taken by other world leaders, however, the problem is only likely to escalate.

A few proposals to increase the size of the internet are also on the table, but at a very early stage. One idea would see earth bouncing its communications off the rings of Saturn, using the latency inherent in such a procedure as a storage device.

Another would see the internet being put into a massive zip file, which users would have to unzip manually before use. Linux users are up in arms at this suggestion, demanding that the internet be available as a .tar.gz archive, too. Apple are also rumoured to have plans to launch their own internet, which they claim will be “really fast”.

Many have tried to make the all-you-can-eat subscription model work for music, but it’s never taken off due to incompatibilities between different portable music players and the lack of any big companies really getting behind it. Well, we’re hearing a rumour that Sky will finally launch its previously-announced subscription service in April.

Last we heard, we were promised a mix of both streaming and downloadable tracks. Over Christmas, pricing was allegedly leaked – unlimited free streams, plus a set number of MP3 downloads each month. £5.99 for 5 downloads, £7.99 for 10 and £9.99 for 15.

I’ve asked Sky for more details, and I’m waiting to hear back. I, for one, am convinced that it’s not only possible for a subscription service to work, but it’s actually the future of mass-market music consumption. There’s too many people who don’t care about anything beyond the top 40 for that not to be the case. 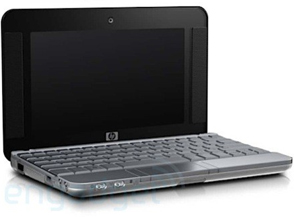 The stories about HP’s 2133 UMPC have just heated up, with some more concrete information coming our way via Engadget.