If you don’t want a pair of £99 nightvision goggles, you’re either Swiss or dead. These are part of the British HM Forces foray into the world of “toys” except these bad boys actually give you genuine, green, infra red-assisted night vision at up to 15m.

You only get monocular vision, as you do with the fully-fledged squaddie units, but, of course, in the land blind, the one eyed man is the guy that’ll sneak up, steal your mobile and give you a wedgie for good measure. If you don’t plan on sending your children out into the forest at night to gather wood, then you’ll be pleased to see HM Forces has also released a selection of 10 scale model toys too, as well as a few bits of dress-up costume.

There’s action figures of servicemen from the RAF, Navy and Army and each one is a perfect replica of just how they big guys should look. My personal favourite is the Royal Navy Diver complete with tank and flippers.

The collection has come as a response from the services as a frustration at how inaccurate other military action figures have been. No word as to the level of realism once down to the action pants. Come on, you were all thinking it. Weren’t you? Oh.

Generally new school Star Wars and all merchandising thereabouts makes me want to kill people – Lucas ideally but anyone will do – but there's just something you've got to doff Vader helmet to when a man creates such a tidy, well thought out catalogue of action figures complete with pixel art thumbnails… 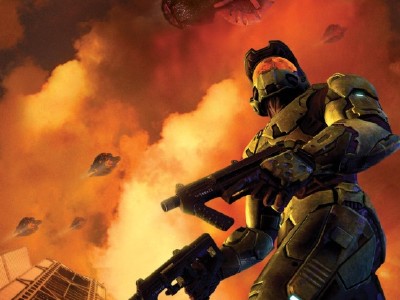 The long wait is on for Halo fans following the closure of Microsoft’s recent online beta. Halo 3 doesn’t come out until 25th September on Xbox 360. However, here’s some corking news to ease the frustration: McFarlane Toys (of Spawn fame) has bagged the official licence to bring out official Halo action figures.