The Mobile Data Association’s “state of the nation” report into how Brits are using mobile data suggests that — surprise, surprise — we’re not bored of texting or sending picture messaging. Mobile Internet is increasing in popularity, too.

During the whole of 2007, nearly 57 billion text messages were sent, along with half-a-billion picture messages. There were nearly 18 million mobile Internet users; around 23% of all mobile users in the UK. 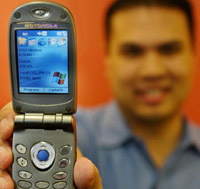 So where’s all this money coming from?

It’s being hacked off Motorola’s bottom line, pretty much, with the company reporting a whopping 33% drop in sales in 2007 compared to 2006, with mobile sales raking in a total of $4.8 billion… 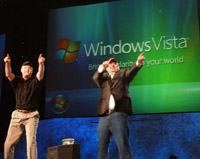 As well as Apple bragging about how much money it’s raked in so far this year, Microsoft is expected to announce some rather pretty upwards-pointing graphs this week too.

Analysts are predicting a huge 66% rise in profits for MS over the last year, as despite the numerous financial disasters going on around the globe people are still buying new computers so their internet loads faster and World of Warcraft looks a bit prettier…

Tesco has been pretty proud of the way it rakes in one out of every seven pounds UK shoppers spend and is by far our largest money-taker – but the all-powerful internet beat it last year.

Finally living up to all those promises made by dotcom shopping businesses shortly before they went bust in 2001, The Internet raked in £46.6bn during 2007, a massive 50% increase over 2006’s pocketmoney level of £30.2bn… 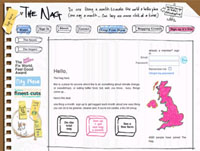 Silly old Yahoo! decided to send out a press release today. Probably no one else will notice, what with the billions of press releases about TVs and mobile phones and robots flying about the place right now.

Yahoo! has come up with this list of what it calls the “Finds of the Year 2007” – basically a self-promoting little ready-made feature for bloggers like us to slot in among the billions of updates about new kinds of Bravia we’re all hammering out today… 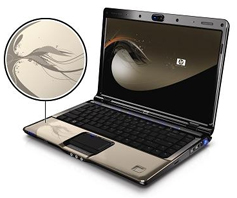 Christmas is fast approaching, and every day until the Big Overeating Day, we’re going to feature a top five list of products you may be thinking of buying those you’re obligated to provide for. Ahh, it’s a wonderful thing, this Christmas malarky.

Today…laptops! Specifically, the best laptops money can buy in time for the 25th of December.

1.) HP Pavilion dv2600 Special Entertainment notebook – it may be a mouthful by name, but by… 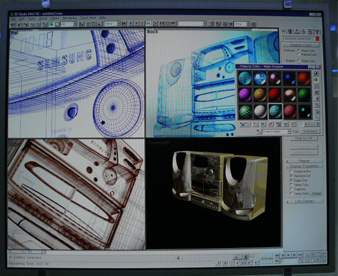 Samsung’s gone bankrupt, donncha know? Well why else would they be manufacturing LCD panels using cheap-as-chips soda-lime bottle glass? It can’t produce a crisp, clear image with all those brilliant colours, can it? According to Samsung, it can.

They’ve just shown off a 19″ LCD panel at the FPD International show, and are currently planning to mass produce the… 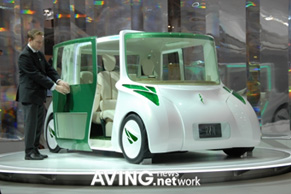 During the Tokyo Motor Show of 2007, car-giant Toyota showed off their eco-friendly hybrid concept car.

Dubbed ‘RiN’, it it not only promotes environmental sustainability, but also looks after its users, with heated seats, an oxygen-level conditioner, pinpoint humidifier and green grass to reduce ultraviolet rays from…

Still rolling out the videos from IFA last week, this one shows our very own Ashley Norris with Sony’s new DSC-200/S digital camera, complete with a Smile Shutter mode to help ensure beaming smiles in all your photos. All together now – cheese!…

Hitachi have launched the world’s first straight-to-Blu-ray-disk camcorder, and Susi got up close with it at IFA 2007…