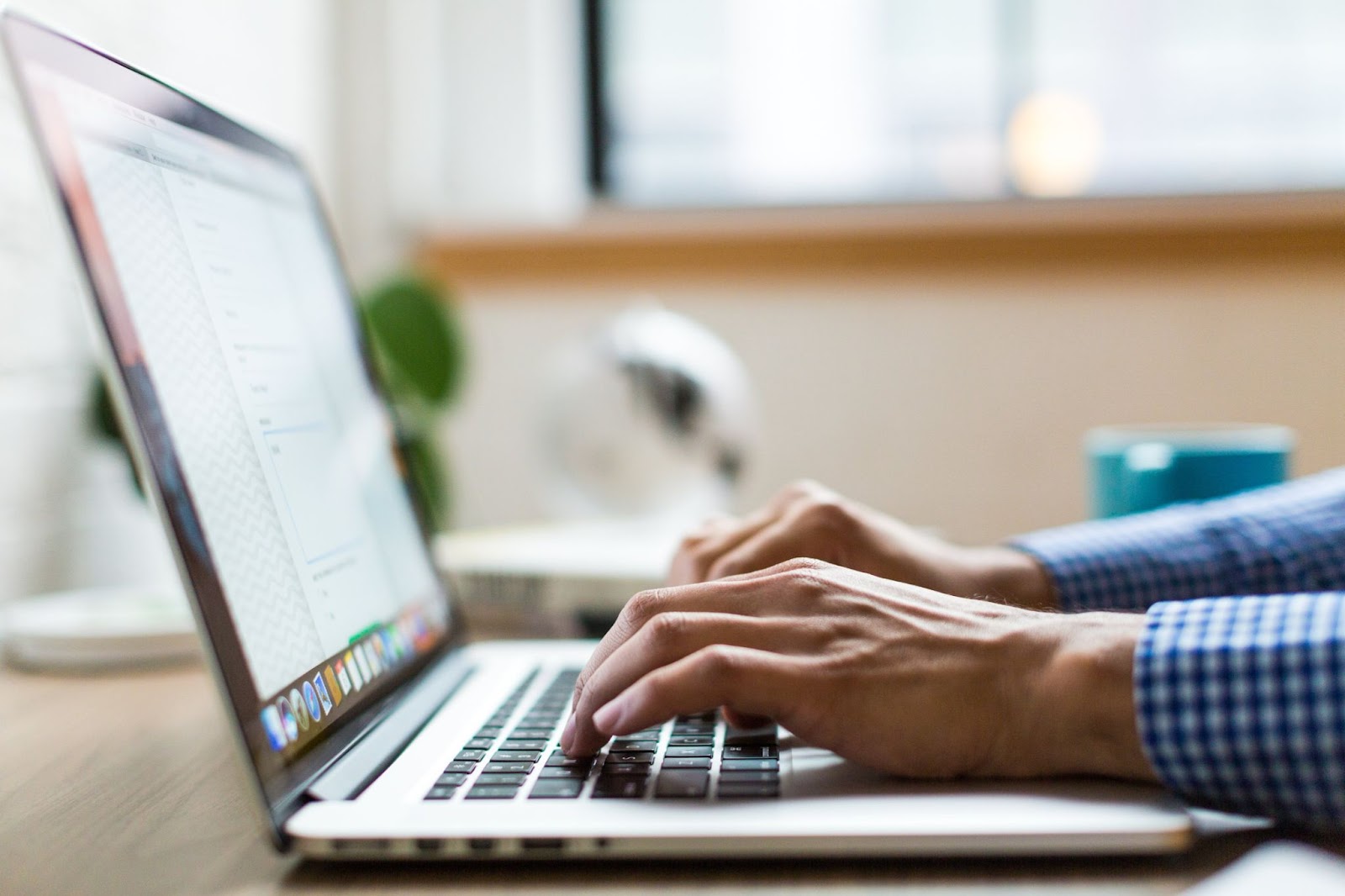 In light of Google pushing its Chrome cookie ban to 2023, a brand new study by pCloud has researched the websites with the most cross-site trackers to analyse which popular businesses are tracking you.

When you browse from website to website, cross-site trackers follow you, collecting data on where you’ve been and what you’ve done. This can be helpful for a personalised online experience but third parties can also use cookies and trackers to collect data without your permission.

So, who are the companies behind cross-site trackers and what are they doing with your data? 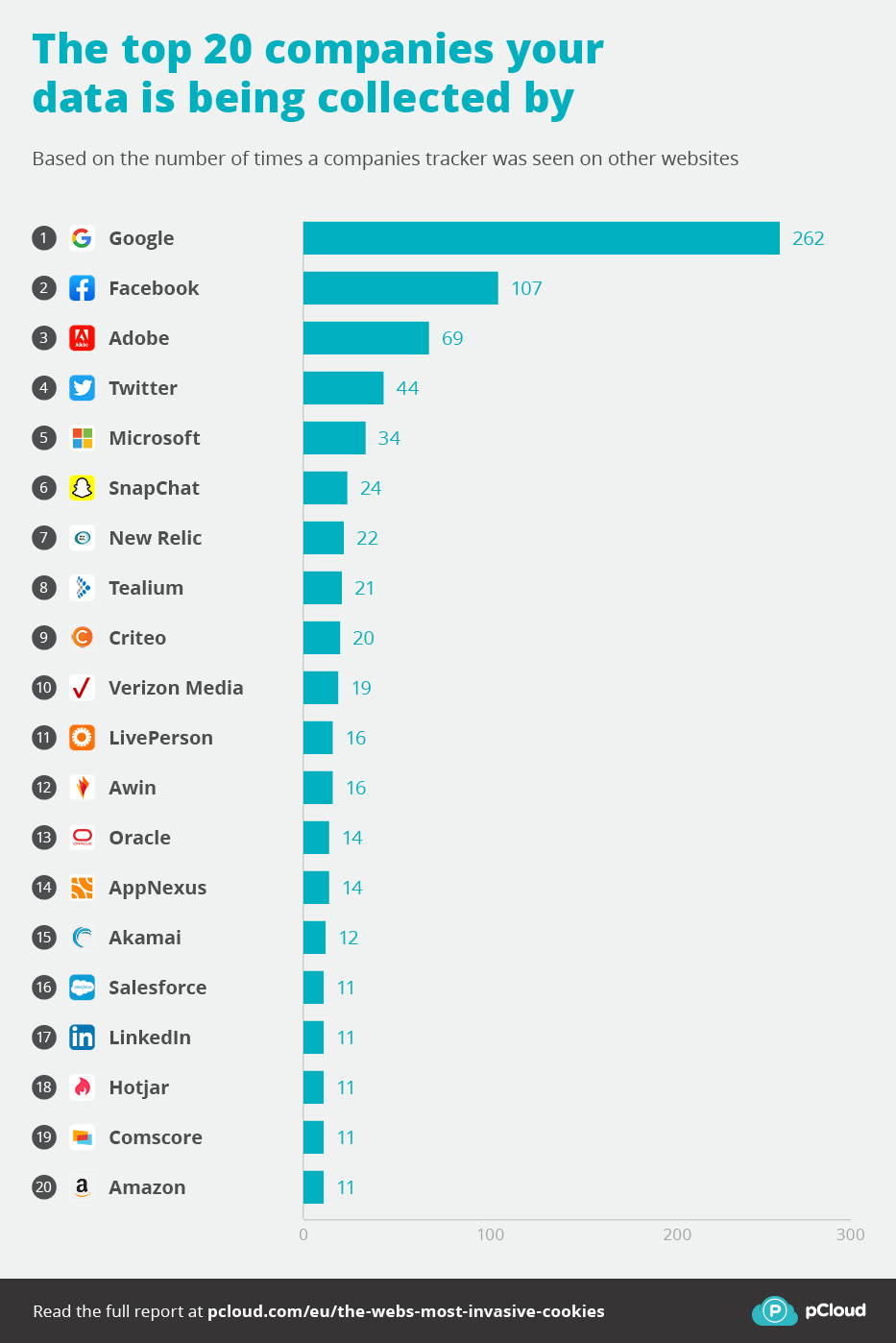 Google owns some of the most prevalent cross site trackers on the internet. Google has a total of 7 cross-site trackers and the study found that they were seen 262 times across the 88 websites analysed by our study.

The most prevalent Google tracker is doubleclick.net, found on 70 websites, which online advertisers and publishers use to display ads on their websites. From there they can see what sections of their sites you are browsing to give you more personalised adverts.

Facebook came in 2nd place for having the most cross-site trackers found on websites. From Safari’s privacy report, Facebook’s trackers were found and blocked 107 times out of the 88 websites found. Some of the websites they are found on were Barclays, Booking.com, Instagram and Bumble.

Twitter is in the top 5 for tracking your data

The top 20 websites sharing your data the most 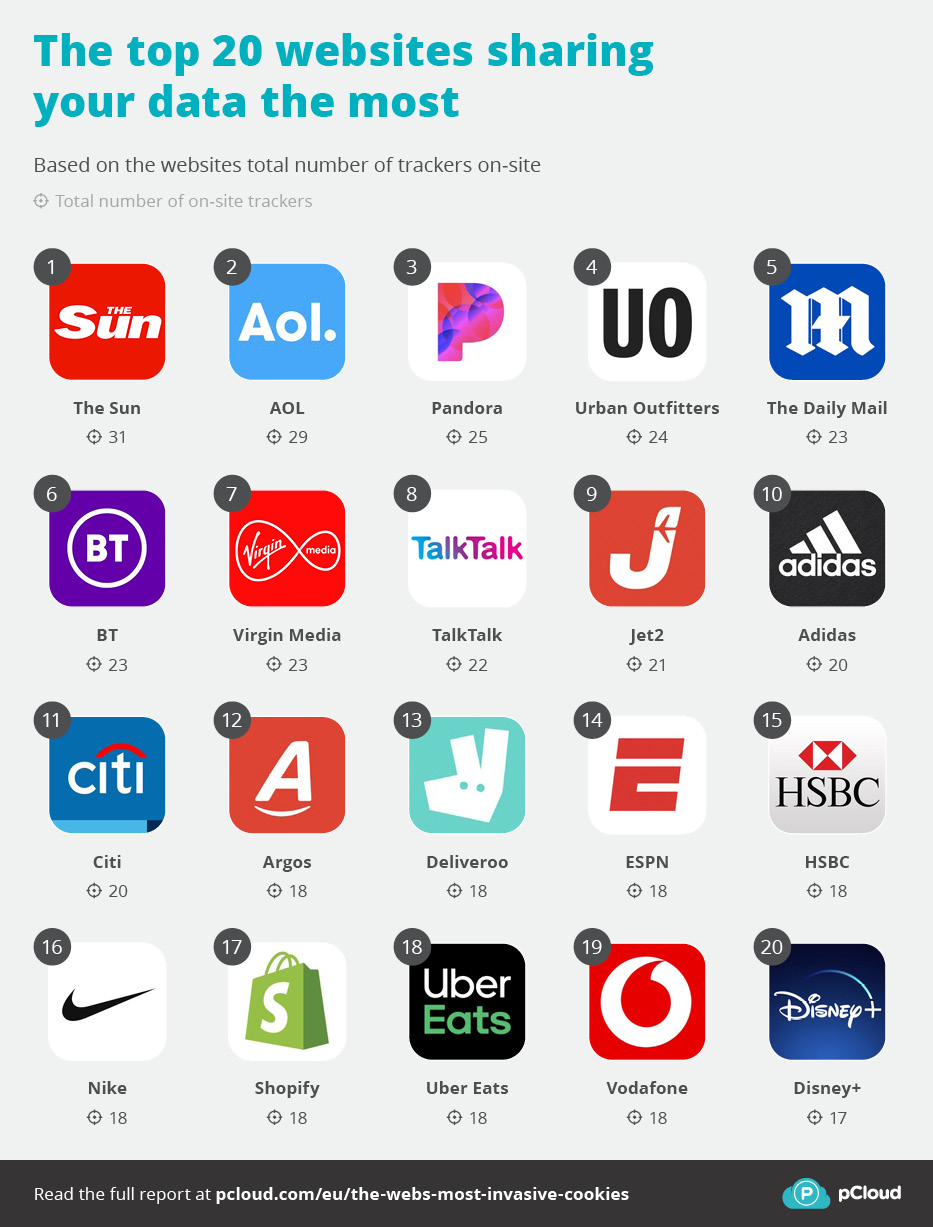 The Sun is the worst news site for sharing your data

The Sun, a news site used by many, has 31 cross-site trackers where information is being sent to other companies. Some of these trackers include Facebook, Google Analytics and Linkedin.

Internet providers were in the top 10 for sharing your data

Internet providers like Virgin Media, BT and TalkTalk were ranked in the top 10 for having some of the most prevalent cross-site trackers on their websites. BT and Virgin Media have 23 on their site while TalkTalk has 22 trackers.

One thought on “REVEALED: Top 20 companies which collect most data”