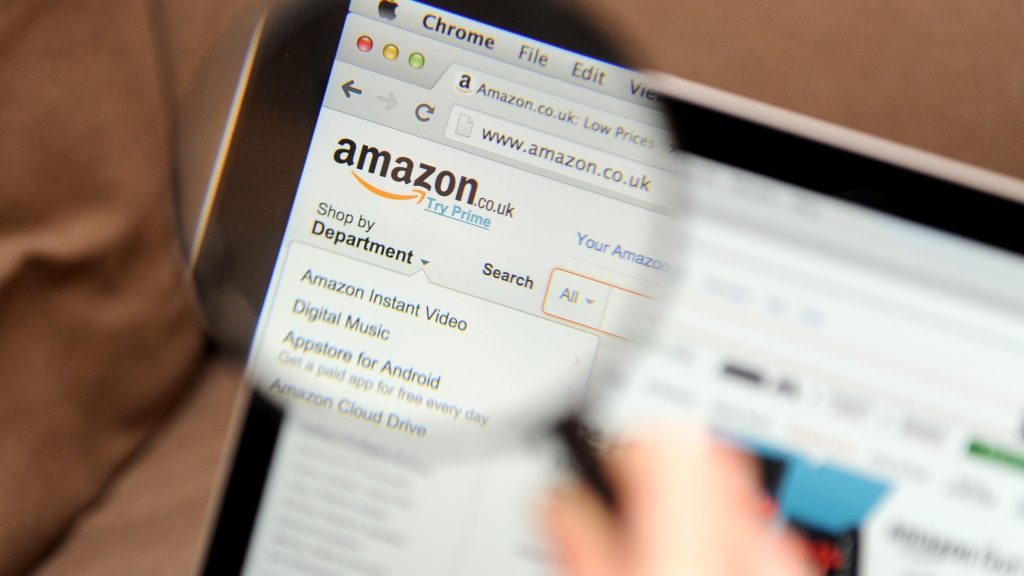 eBay and Amazon Marketplace are failing to crack down on a spate of coronavirus-profiteering by sellers after a Which? investigation uncovered a wide range of products for sale on marketplaces with inflated, and often ridiculous, prices.

At the start of this month, the Competition and Markets Authority (CMA) warned that traders should not be exploiting the coronavirus outbreak to take advantage of people, and threatened to take strong action if the problem persisted.

However, the consumer champion’s snapshot investigation suggests third-party sellers are still brazenly ripping-off consumers and using the current situation to list overpriced items that are difficult or impossible to find in local shops.

Which? found consistent overpricing of household items, including cleaning products, thermometers, baby formula and tampons – products that are all currently in particularly high demand during the coronavirus outbreak.

There were hundreds of active listings and auctions for dramatically overpriced items, including a £40 thermometer priced at £300 on eBay and £150 on Amazon. A £3 bottle of disinfectant was on sale for £29.99 on eBay – a markup of up to 1,000 per cent.

Meanwhile on eBay’s auction site, a flurry of bids sent the price for a bundle of three bottles of Dettol spray and three packets of antibacterial wipes soaring to £210.

Which? also found that consumers were actually buying these overpriced products from eBay, despite the extortionate prices. For some listings taken down during the investigation, eBay showed that multiple items had already been purchased before the listing could be removed.

The research also demonstrated a failure of ‘filters’ and other checks put in place by eBay and Amazon to adequately protect consumers, despite both having stated publicly that they have taken action on the issue.

When Which? asked eBay on 9 March what action it was taking to protect customers from overpricing on antibacterial gel, it said it had filters in place to prevent the listing of these items. But these listings continue reappearing, suggesting the systems in place are not working effectively.

Amazon seems to be having more success, with a number of active listings disappearing during Which?’s investigation. However, more are still appearing.

Which? is calling on eBay and Amazon to take more effective action against third-party sellers trying to take advantage of consumers at this difficult time.

Online marketplaces should be bringing in far stricter controls to identify and prevent these practices of charging unjustifiable high prices for essential products. They must communicate their policies clearly and directly with sellers.

This investigation raises serious broader questions about the checks and balances that eBay and Amazon currently have in place and their inability to prevent harmful listings, Which? claims.

If the systems used by the tech giants are not capable of preventing harmful listings from appearing at all, then better manual systems need to be put in place to identify and remove them.

While online marketplaces are taking action – both claim to have removed listings and suspended or terminated accounts during the coronavirus crisis – the Which? investigation shows they need to be doing more.

Says Sue Davies, Head of Consumer Protection at Which?:

“Online marketplaces have taken some action against coronavirus price gouging, but our investigation shows unscrupulous sellers are still cashing in on people’s fears by selling essential items at extortionate prices on eBay and Amazon.

“These companies must make good on their pledges to stamp out coronavirus profiteering, and if they fall short the CMA must be ready to take strong enforcement action.

“The government should consider how it will work with the retail sector as a whole to keep the price of essential items reasonable as the fallout from the coronavirus outbreak continues.”

“All the items flagged by Which? have been removed and enforcement action has been taken against the sellers.

“We announced on Friday additional measures to tackle coronavirus-related price gouging. This is a continuation of the aggressive action against price gouging, which has included suspending hundreds of accounts, removing hundreds of thousands of listings, and suspending scores of bad seller accounts. Specifically in the face masks and hand sanitiser categories, only pre-approved whitelisted vendors will be allowed to sell these items.

“We are continually monitoring the situation and will consider widening the ban to include other categories if appropriate.”

“There is no place for price gouging on Amazon. We are disappointed that bad actors are attempting to artificially raise prices on basic need products during a global health crisis and, in line with our long-standing policy, have recently blocked or removed tens of thousands of offers. In addition to removing these offers, we are terminating accounts.”

In one of the most extreme examples researchers saw a digital thermometer, which people worried about coronavirus are purchasing to check body temperature, selling for almost £300 on eBay and and almost £150 on Amazon when the typical price is around £40.

250ml bottles of Carex, which often retail for just £1, were seen priced at Amazon and eBay for over £10 each. One eBay listing showed the item priced at £100 – it was labelled ‘last one’, with three others apparently already sold. Another at Amazon was available from a third party seller for £26.41.

A 50ml bottle of Carex antibacterial hand gel was being sold for more than £100 by multiple sellers on eBay, despite usually costing around £1.50. A multipack of four 300ml Carex Aloe Vera gels apparently sold for £9,999, although we believe this may have been a test or a hoax.

One eBay seller listed a 750ml bottle of Domestos Thick Bleach on eBay for £6.95, despite the accompanying picture showing that the bottle is clearly labelled with the price of £1. A similar bottle of Domestos bleach was being sold on Amazon for £7.66.

On eBay, Which? found sellers offering six packs of infant formula, which is vital for young babies that aren’t being breastfed, for over £100 – in Sainsbury’s, infant formula usually costs around £10 a pack. Some sellers were selling individual 800g packs for around £40, while another was priced at as much as £60.

Most of the products above were for sale with a ‘buy it now’ price, but Which? also took a look at auction style listings, where sellers can bid for an item. Worryingly it spotted a raft of overpriced items being aggressively bid on by shoppers, driving the price up even higher.

A bundle of three Dettol Sprays and three packs of antibacterial wipes had 78 bids with less than an hour to go, with a price of £210. The starting price was £0.01, and there were 11 bidders who quickly upped the price.

One listing for three cans of Dettol Antibacteral disinfectant Spray had attracted 38 bids with less than four hours remaining, and the auction cost was up to £49.